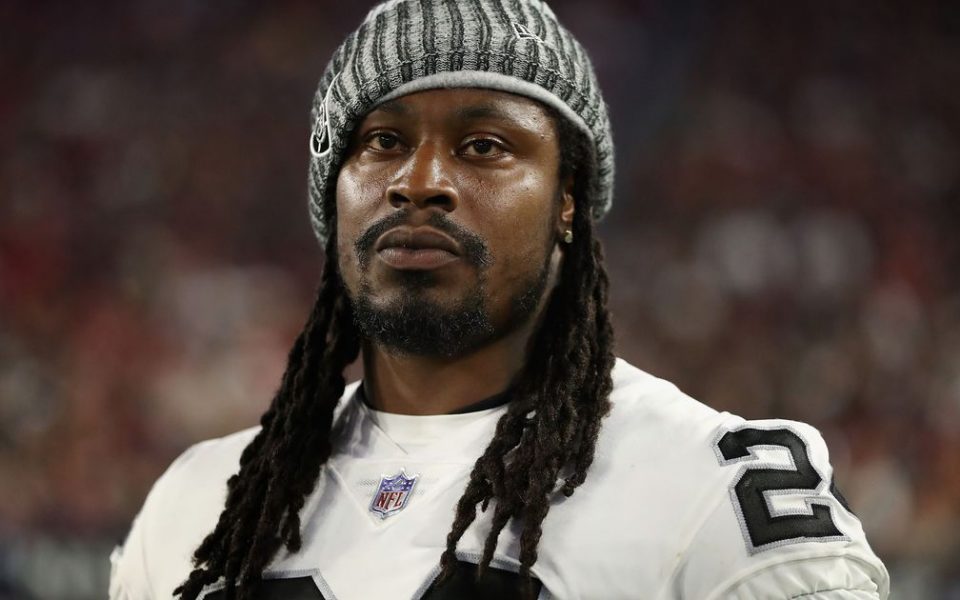 If his approval rating isn’t registering and Donald Trump needs help determining who is not on his side of history these days, he can look for answers in Marshawn Lynch’s wardrobe.

The Oakland Raiders running back, known just as much for his on the field antics as he is for his playful treatment of the media, was spotted wearing a shirt with a strong message ahead of Sunday’s game against the Denver Broncos: “Everybody vs. Trump.”

It’s a loud and clear statement, particularly in the face of dissent between Trump and NFL players who are Kaepernicking (or taking a knee) against police brutality and racial injustice.

The shirt is made by Oakland t-shirt company Dope Era, and retails for $45. By the looks of people’s reactions on Twitter, if you want one you better act fast.

I need this t-shirt! Everybody vs Trump. Love #Beastmode @RAIDERS pic.twitter.com/C3y032ZpAE

Dare a reporter to ask Marshawn about his shirt!

I love my President Beastmode. https://t.co/SeRiD2Sy2k

Very important that NFL players STAND tomorrow, and always, for the playing of our National Anthem. Respect our Flag and our Country!

Many players have continued their peaceful protests by linking arms, raising fists, or taking a knee, but Lynch’s shirt is the most direct game-day response to Trump since the president’s tweet—and honestly, he should have known better than to try to stop Beast Mode from doing what Beast Mode wants to do.