Previous postFor $400, you can be an Instagram influencer
The Secret Service leaves Trump Tower over rent spatNext post 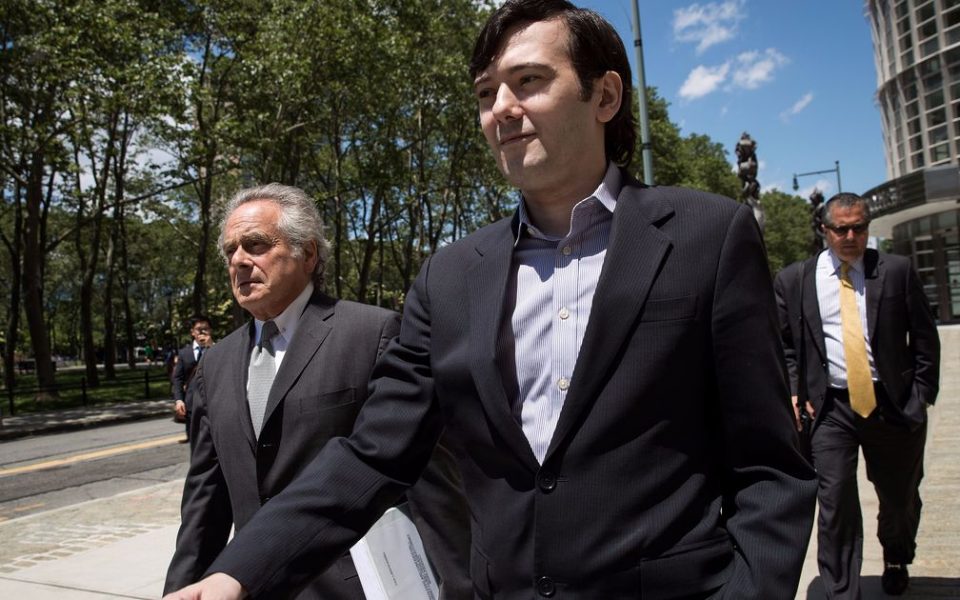 The PharmaBro is now the PharmaCon.

Shkreli faces 20 years in prison, though he’ll likely be sentenced to a shorter stint. The date of the sentencing has not yet been set.

Shkreli stood trial for eight total counts of securities and wire fraud stemming from his time running Retrophin, a pharmaceutical company he founded. He was accused of repeatedly lying to investors, then, scheming to pay them back using fake agreements for things like consulting services.

One particular quirk of the case, however, is the fact that investors in the case all made money from their relationship with Shkreli, which the defense argued invalidated any claims of fraud.

Shkreli became the subject of national criticism after a pharmaceutical company he ran bought up the rights to a drug commonly used by AIDS patients and hiked the price by more than 5000 percent.

Since then, Shkreli has become something of a poster child for pharmaceutical prices run amok. Shkreli relished the spotlight, though, often trolling people on social media and appearing in marathon livestreams from his apartment.

He also spent $2 million on a sought-after Wu Tang Clan album, of which only one copy exists.

In response to the verdict, Shkreli channeled President Donald Trump, but also appeared to accept the judgement.

“This was a witch hunt of epic proportions, and maybe they found one or two broomsticks. But at the end of the day we’ve been acquitted of the most important charges of this case, and I’m delighted to report that,” Shkreli said.

“This was a witch hunt of epic proportions,” Martin Shkreli says after being found guilty on 3 of 8 counts: https://t.co/Okz2bwUl4f pic.twitter.com/ZEuYUKF7DC

WATCH: You’re closer to having a sustainable farm in your home than you might think