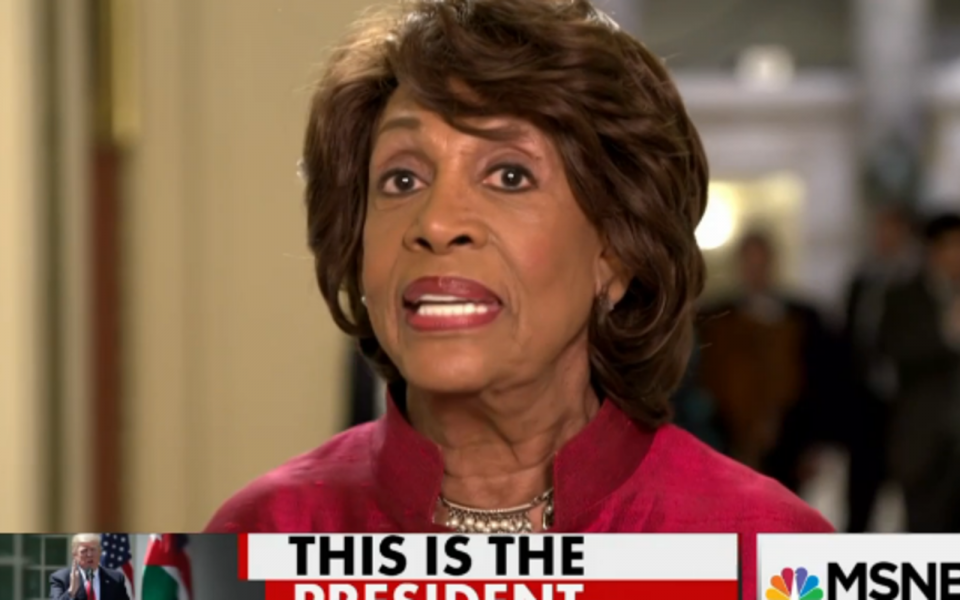 Its all catching up with Bill OReilly and that sexual harassment enterprise that they created over there at Fox, Waters said Wednesday on MSNBC, referencing a New York Times investigative piece that brought to light some $13 million in sexual harassment lawsuit settlements that OReilly and Fox News have paid to women who had worked with the host.

It shouldnt be in America that you can sexually harass women and then buy your way out of it just because youre rich, Waters told MSNBC host Chris Hayes. If they continue to do this in the way that they have done, they need to go to jail.Bill OReilly needs to go to jail.

Since the Times investigation was published on Sunday, The OReilly Factor has lost more than 40 advertisers. OReilly denied the sexual harassment allegations in a statement to the newspaper, saying his prominence made him a target for lawsuits.Fox News said it was working with sponsors torelocate advertising from OReillys show to other programs.

Just last week, OReilly made headlines for his racist and sexist comment about Waters. During an appearance on Fox and Friends, OReilly responded to a clip of Waters calling out the bigoted behavior of some of President Donald Trumps supporters by saying, I didnt hear a word she said. I was looking at the James Brown wig.

Hours later, Waters said she had nothing to say to OReilly, but she did make her feelings known.

I am a strong black woman, and I cannot be intimidated. I cannot be undermined, Waters said. And Id like to say to women out there everywhere: Dont allow these right-wing talking heads, these dishonorable people, to intimidate you or scare you. Be who you are. Do what you do. And let us get on with discussing the real issues of this country.

Trump on Wednesdaydefended OReilly, saying he didnt think the TV host did anything wrong. Waters said she was not surprised. They are two of a kind, she said.

Watch Waters comments in the video above.