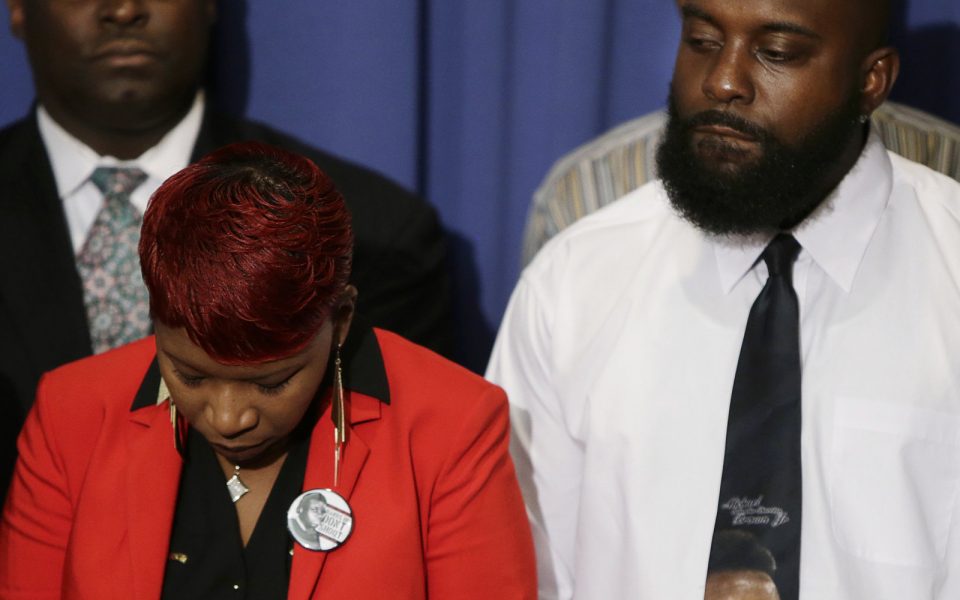 The city of Ferguson, Missouri, has settled a wrongful-death lawsuit filed by the parents of Michael Brown, the unarmed black 18-year-old who was fatally shotby former Ferguson police officer Darren Wilson in 2014.

Federal district judge Richard Webber approved the civil settlement on Tuesday, the St. Louis Post-Dispatch reported. Webber sealed details of the settlement and did not disclose the settlement amount.

Ferguson Mayor James Knowles III and attorneys for Browns parents declined to comment on the settlement, according to the Associated Press.

The lawsuitalleged that the city of Ferguson fostered a police culture that was hostile to African Americans, which ultimately led to Browns death in August 2014. The lawsuit also claims Wilson used excessive and unreasonable force during his confrontation with Brown.

Wilson resigned from the Ferguson police force in November 2014, after a grand jury in St. Louis County announced he would not be indicted. In March 2015, Department of Justice officials announced that Wilson would not face federal civil rights charges in connection with Browns death.

The incidentsparked months of protests which at times turned violent in Ferguson and across the U.S.

Webber wrote in his ruling that the settlement amount in Browns civil lawsuit is fair and reasonable compensation for this wrongful death claim and is in the best interests of each Plaintiff, according to the Associated Press.

Webber said the agreement will remain sealed due to the adverse impact to Plaintiffs should it be disclosed, according to a copy of the filing.

Disclosure of the terms of the settlement agreement could jeopardize the safety of individuals involved in this matter, whether as witnesses, parties, or investigators, Webbers ruling continued. The public policy to consider records open is outweighed by the adverse impact to Plaintiffs.

Under state law, the city may be forced to disclose the amount of the settlement despite the order.

The Post-Dispatch reported on Monday that the settlement would be less than $3 million, which is the limit of the citys insurance, but it was not clear how much less the settlement amount would be.