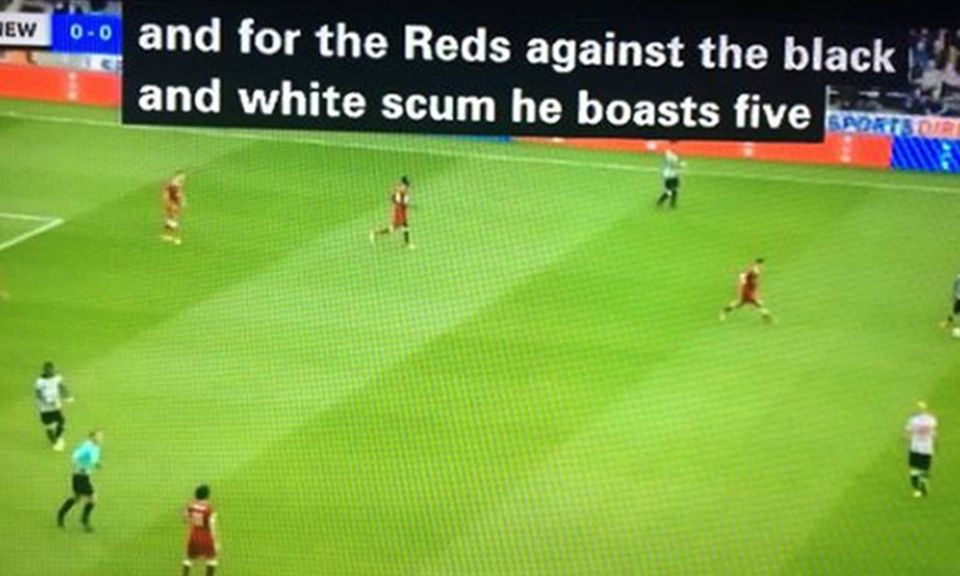 An “unfortunate error” in subtitling led to Newcastle United being labelled “black and white scum” during the BBC’s Match of the Day 2 programme.

But software confused the word “comma”, spoken by a subtitler, and put “scum” into the on-screen text.

The BBC said the error was spotted and corrected immediately.

It was noticed by football writer Paul Brown, who tweeted a screenshot from the show on Sunday night, saying “MOTD2 subtitler evidently not a Newcastle fan.”

During the commentary Guy Mowbray said: “Sturridge has scored in all four of his previous Premier League starts at Newcastle. For the Reds against the black and whites, he boasts five goals in five appearances.”

Football commentary is re-voiced for subtitles by someone known as a “respeaker”.

A BBC spokeswoman said: “Our live subtitling service is normally very accurate and makes our content much more accessible, but there are times when unfortunate errors occur.

“On this occasion the error was spotted and corrected immediately.”

The Magpies went on to draw 1-1 in the Premier League home game.