Previous postComey Offered Republicans Only The Coldest Of Comfort
With A Flick Of His Mood, Trump Throws Allies Off BalanceNext post 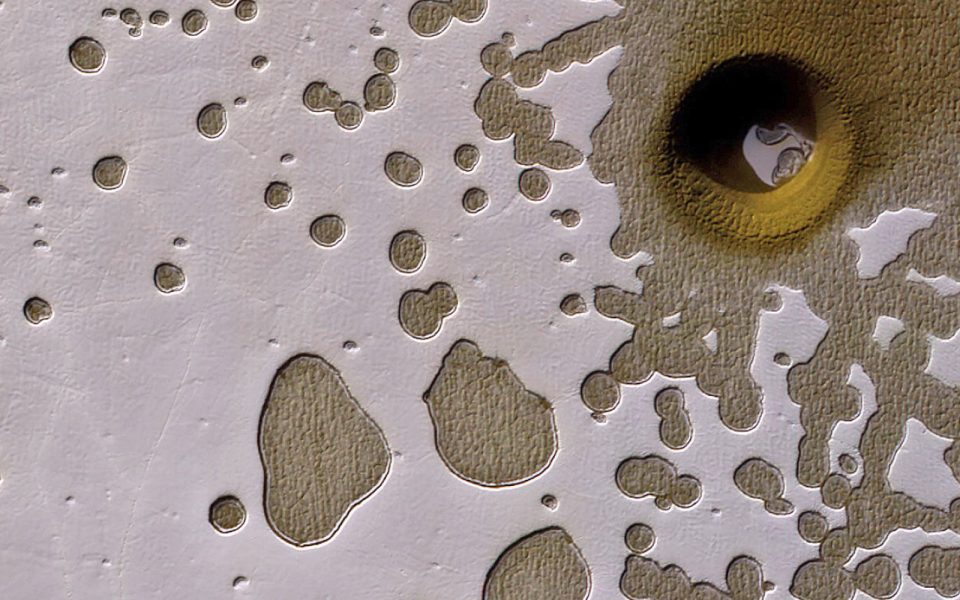 While its been said that the moon is made of cheese, we know, of course, that particular dairy product was never discovered on our close lunar neighbor. But what about a place on Mars that looks like its made of Swiss cheese?

This area of the Red Planets southern hemisphere includes a large pit of some sort see the images above and below that has scientists scratching their heads, wondering if this was the result of something smashing into Mars, or if the ground somehow collapsed and left a perfectly circular result.

There is also a deeper, circular formation that penetrates through the ice and dust, NASA says on its lunar orbiter update page. This might be an impact crater or it could be a collapse pit.

At this point, the space agencys scientists dont really know what created this Martian feature.

Holes on Mars are not uncommon.

Estimated at hundreds of meters across, this circular Martian feature is a bit deeper than your average hole, leaving astronomers to try and figure out what made it, ScienceAlert.com adds.

Below is an extreme closeup of the feature in question whatever it is.