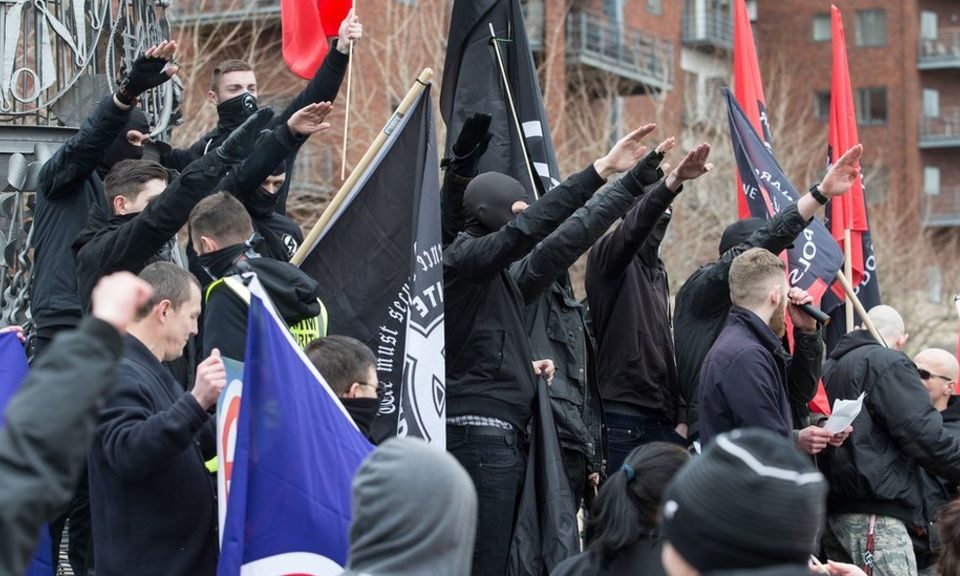 Four serving members of the Army have been arrested under anti-terror laws on suspicion of being members of banned neo-Nazi group National Action.

A fifth person – a civilian – has also been arrested on the same charge. One of the soldiers was detained by the Royal Military Police in Cyprus.

The arrests were pre-planned and intelligence-led, and there had been no threat to public safety, police said.

The Army said it had supported the operation.

Four of the men are being held at a West Midlands police station.

A Ministry of Defence spokesman confirmed the man detained in Cyprus had been held at the island’s British Dhekelia base before being transferred to RAF Akrotiri, from where he will be flown to the UK.

An Army spokesman said: “We can confirm that a number of serving members of the Army have been arrested under the Terrorism Act for being associated with a proscribed far-right group.

“This is now the subject of a civilian police investigation and it would be inappropriate to comment further.”

Three of the servicemen are believed to be from the Royal Anglian Regiment.

Who are National Action?

Members and supporters applauded the murder of Jo Cox MP by a white supremacist – and the group had carried out a series of small, but confrontational, demonstrations in towns and cities throughout England.

One of its most notorious events saw masked members – many of them very young men – gathering outside York Minster to make Hitler salutes.

Since it was banned, detectives have been carrying out more and more investigations into the group which, to all intents and purposes, has organised itself in a similar way to the banned al Muhajiroun network – the extremist Islamist youth movement.

Both have used social media to target young people, attracting them with a simplistic us-and-them message designed to make them angry.

Being a member of – or inviting support for – a proscribed organisation is a criminal offence carrying a sentence of up to 10 years in prison.

There are 71 such groups listed by the Home Office on its register.

They include a range of international and national groups, of which National Action was the first far-right group to be banned.

William Baldet, a co-ordinator for the government’s counter-terrorism strategy known as Prevent, said about a third of the cases dealt with through the scheme were related to far right and extreme right-wing groups.

“It’s a white supremacist organisation that sees the extinction of white people as a very real and likely possibility.”

National Action describes itself as a “National Socialist youth organisation” and says its movement is aimed at the “broken right-wing”.

The official register says it was established in 2013 and has branches across the UK which “conduct provocative street demonstrations and stunts aimed at intimidating local communities”.

Its online material contains extremely violent imagery and language and it condones and glorifies those who have used extreme violence for political or ideological ends, the Home Office says.

That included tweets in 2016 about the murder of Labour MP Jo Cox, who was stabbed and shot by Thomas Mair. One such tweet said there were “only 649 MPs to go”.

Ms Rudd called it “a racist, anti-Semitic and homophobic organisation”.