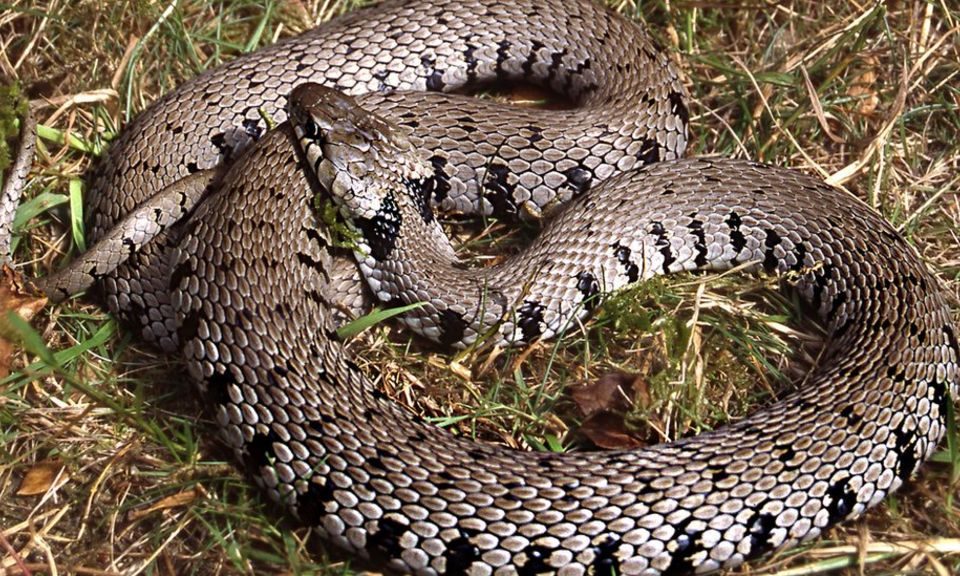 A new type of snake has been discovered in the UK, bringing the total number of species to four.

Before, it was thought the grass snake was one species with several subspecies that looked slightly different.

The others native to the UK are the smooth snake and the adder, which is venomous.

Grass snakes are a protected species under the Wildlife and Countryside Act so it is a criminal offence to injure or kill them.

Both types of grass snake are normally found in lowland regions in the south of England. The snakes can be more than a metre (3ft) long, are found near water and eat mainly amphibians like frogs and newts.

The newly distinguished barred grass snake is grey, not olive green like the N. natrix and does not have the same bright yellow collar.

The snake is also found in Switzerland, Italy and France and also has been seen in western Germany.

Along its entire length the N. helvetica has black stripes, which on the common grass snake are barely noticeable.

The Senckenberg Research Institute in Germany led the study into the genetics of more than 1,600 grass snakes.

Professor Uwe Fritz said: “We discovered that the barred grass snake, previously considered a subspecies, is in fact a distinct species.

“We now have to pay close attention to which species of grass snake is involved in each case, in order to be able to assess whether one of them may be more threatened than previously thought.”