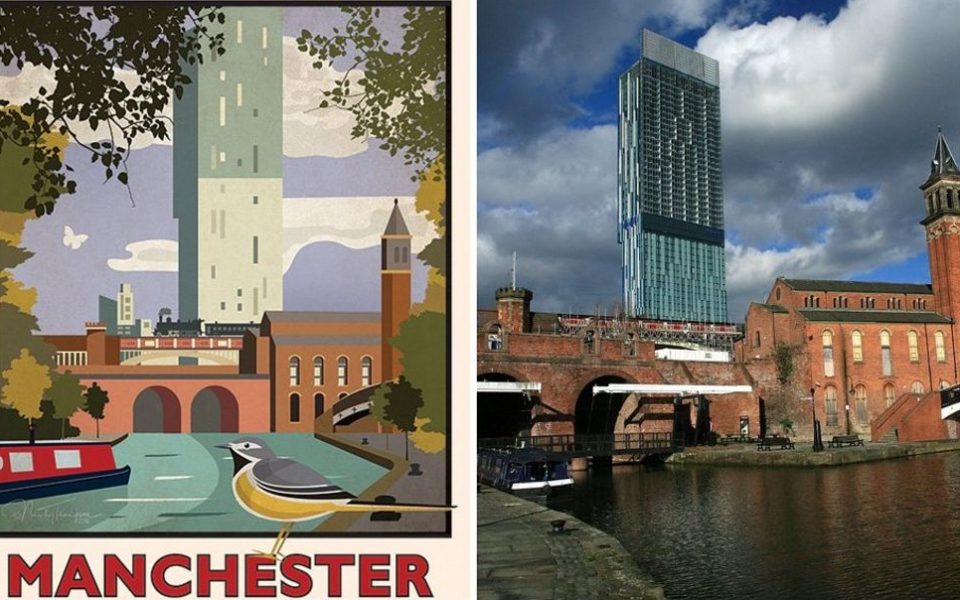 It’s Manchester but not as you know it. The city – along with other northern locations – has been given an iconic 1930s railway poster treatment.

Inspired by the bold designs of Frank Henry Mason, the images are intended to evoke the “golden age of British travel”, a spokeswoman at Cheshire’s Lion Salt Works Museum said.

Posters of 14 places, including Chester Zoo, will be on show in the venue.

Postcards of the prints will also be handed out at rail stations.

Artist Nicky Thompson, who designed the images, said the job had been “a total pleasure”.

“In their day, these posters with their strikingly bold colours and experimental flat design were quite different and new.”

He added: “What is unarguable is that they were highly effective in creating an aspirational sense of adventure that drew city-dwellers to explore the countryside.”

Councillor Louise Gittins, from Cheshire West and Chester Council, said: “The railway posters of the 1930s hailed a new era of train travel and this imaginative campaign, featuring 14 railway stops on the Mid-Cheshire Railway line, hopes to trigger a similar reaction.”