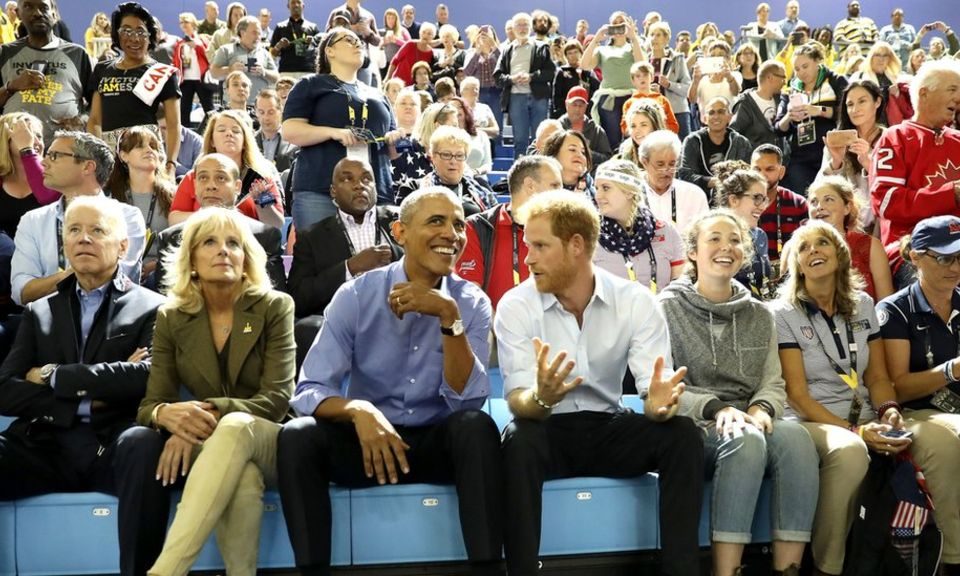 Barack Obama has joined Prince Harry to spring a surprise on the penultimate day of the Invictus Games in Toronto.

The former US president and the prince visited the US wheelchair basketball team, all former US service personnel, just before their match against France.

Then the pair, accompanied by former vice president Joe Biden and his wife Jill, watched the team win 28-6.

The Invictus Games – for injured servicemen and servicewomen – was set up by Prince Harry in 2014.

The prince was accompanied by US First Lady Melania Trump at the opening ceremony last week, while he also made his first public appearance with his girlfriend Meghan Markle.

Mr Obama has met Prince Harry a number of times – their first meeting was in the US in 2015, while they had dinner together at Kensington Palace in April 2016.

Prince Harry started the Invictus Games as a way of helping wounded service personnel and veterans with their physical and psychological rehabilitation.

Teams from 17 nations, made up of over 500 participants, have taken part during the week-long event in Canada.