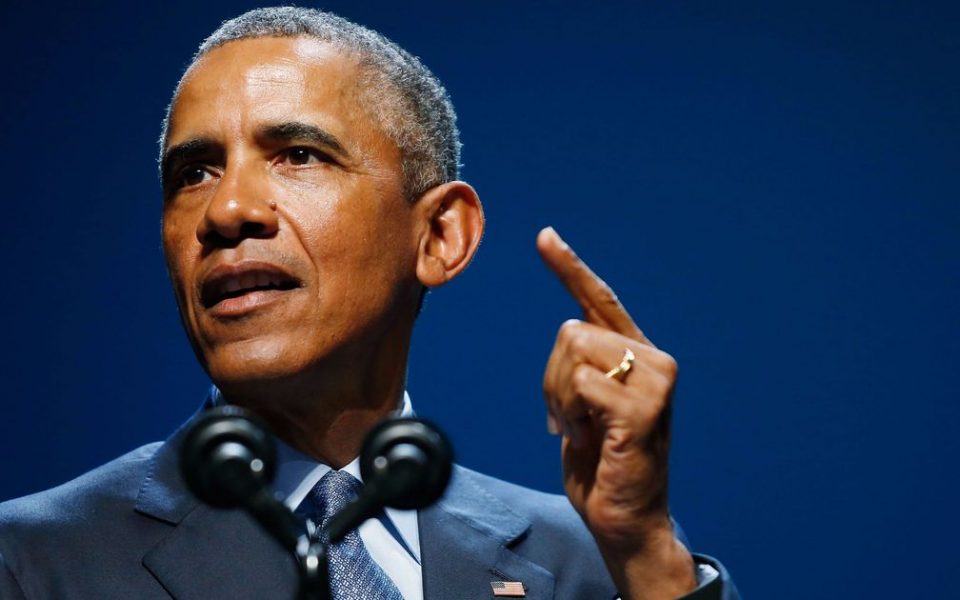 After a “Unite the Right” white supremacist rally in Charlottesville, Virginia, turned deadly on Saturday, former president Barack Obama reached out on Twitter to comfort Americans.

While President Trump was silent on the platform, refusing to address the violent clash between hate groups and protesters for hours, Obama shared a powerful message in the form of a Nelson Mandela quote about hate and the potential to love.

The first of Obama’s three tweets has since become the third most-liked tweet in history at the time of writing this article, according to Esquire.

The tweet, which featured a photograph of Obama peering at young children through a window, began the quote: “No one is born hating another person because of the colour of his skin or his background or his religion…”

“No one is born hating another person because of the color of his skin or his background or his religion…” pic.twitter.com/InZ58zkoAm

It quickly amassed over 2 million likes and 970,000 retweets, nearing other record-setting tweets like Ellen’s famous Oscars selfie, which got in impressive 2,418,912 likes back in 2014 and Ariana Grande’s 2017 tweet to fans after the deadly Manchester bombing attacks took place at one of her concerts. Grande’s emotional tweet currently holds the top spot on Twitter with 2,703,092 likes.

After his tweet, Obama then went on to finish the quote, writing “‘People must learn to hate, and if they can learn to hate, they can be taught to love. For love comes more naturally to the human heart than its opposite.’ – Nelson Mandela.”

“…For love comes more naturally to the human heart than its opposite.” – Nelson Mandela

Obama was heavily praised for speaking up in wake of the tragic events that took place in Charlottesville, especially since Trump appeared reluctant to address the rally. Trump was criticized by notable political and cultural figures including Chelsea Clinton and J.K. Rowling.

Hell of a day for the President to forget how to tweet. pic.twitter.com/ABffmwwH8D

Eventually, he condemned violence “on many sides,” but didn’t explicitly call out white supremacists.

Then, on Monday afternoon — two days after the fact — Trump gave an impromptu announcement to the press, while gazing deeply into his teleprompter.

After bragging about the current strength of the economy, the president publicly addressed those at fault for the violence, condemning the racist actions of members of the KKK, neo-Nazis, and white supremacists.

On Tuesday afternoon a spokesperson from Twitter informed Mashable that Obama’s tweet had become the second most liked tweet of all time and the fifth most retweeted. At 2,509,888 likes Obama’s Mandela quote bumped Ellen’s selfie down to third most liked tweet.

On Tuesday night at approximately 10:07 p.m. ET, Obama’s tweet catapulted to the top of the Twitter totem, setting a new all-time record. The tweet netted an impressive 2,705,809 likes (and rising) at the time of writing.