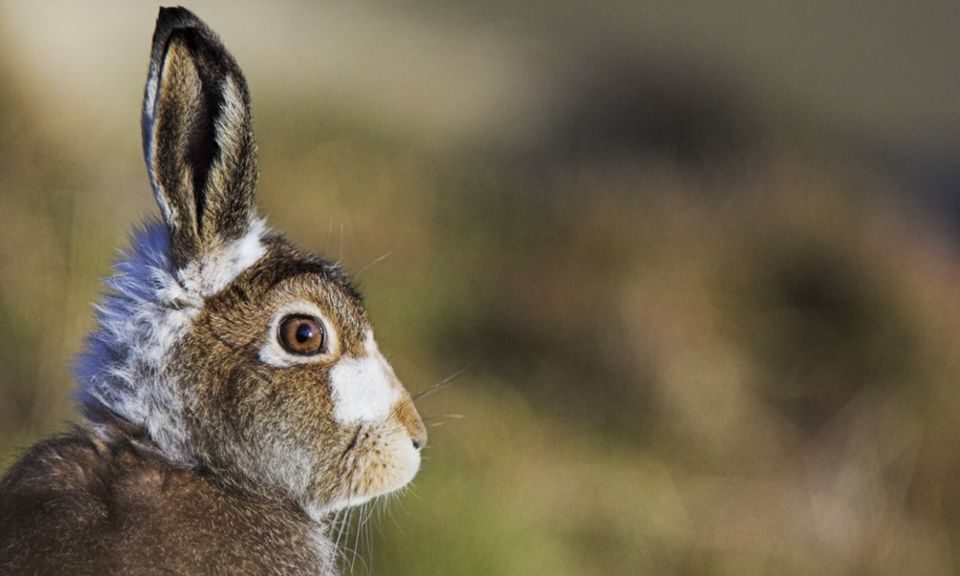 An animal charity has called on the Scottish government to impose a ban on mountain hare culling on grouse moors.

Landowners carry out culls from August that they say are necessary to protect game, such as grouse, from disease.

Campaign group OneKind said about 40% of the hares killed were shot for sport while about 50% died as part of organised culls.

The Scottish government said numbers needed to be controlled but it would not tolerate large-scale culls.

In its report, OneKind highlights three culls that took place on grouse moors, including two carried out last year on the Balmoral Estate in Royal Deeside.

They also said that at least 25 Scottish game estates were currently offering the opportunity to shoot mountain hares for sport.

An independent review looking at the sustainability of grouse moor management, including mountain hare culling, is being established.

The campaigners estimate that there are between 175,000-500,000 mountain hares in Scotland. They are classified as a priority species by the Scottish Wildlife Trust, giving them an added importance for biodiversity.

OneKind director Harry Huyton said mountain hares were an iconic species in Scotland and should be protected.

He said: “Our report shows that instead they are persecuted in enormous numbers for entertainment.

“This killing is unregulated, and there are no guarantees that it is not further driving the decline of these species or causing unacceptable suffering.

“Today, the day before the open season begins, OneKind is calling on the Scottish government to take urgent action and introduce a moratorium on large-scale hunts and culls before the season gets into full swing.”

Previously, groups including the Cairngorm National Park Authority have called for restraint over hare culling. However, landowners have consistently said that culls are only implemented when hare numbers are high.

A Scottish government spokesman said: “We have been very clear that we will not tolerate large-scale culls of mountain hares, but we recognise that numbers need to be controlled in some specific circumstances.

“Environment Secretary Roseanna Cunningham has already announced the Scottish government is setting up an independently-led group to examine the sustainability of grouse moor management, which includes mountain hare culling.

“We are also commissioning research into the costs and benefits of large shooting estates to our biodiversity and economy.”