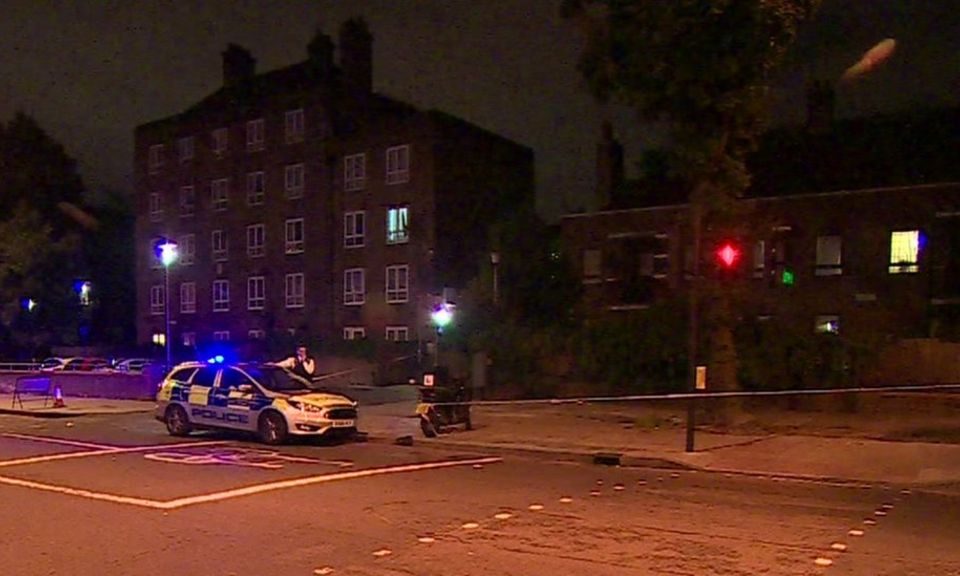 Four attacks in east London which involved corrosive substances being thrown in peoples’ faces are being investigated by Scotland Yard.

They all happened within 90 minutes in Hackney and Stoke Newington on Thursday night and are being treated as linked.

The attackers, who the Metropolitan Police are seeking, were on a moped.

The victims were taken to hospital, with one of them suffering what has been described as “life-changing injuries”. No arrests have been made.

One 32-year-old man on a moped was left with facial injuries after a moped, with two male riders, pulled up alongside him in Hackney at about 22:25 BST.

The pair threw a corrosive substance in the victim’s face, say police, with one stealing his moped and the other driving away on the vehicle they arrived on.

The Met said it was awaiting an update on the extent of the victim’s injuries.

Following this incident, at 23:05 BST a corrosive substance was reported to have been thrown in the face of a person by two men on a moped in Shoreditch High Street.

The victim has been taken to hospital, although police said the injuries were not believed to be life threatening or life changing.

At 23:18 police received reports of a robbery in Cazenove Road, Stoke Newington, where a corrosive substance had been thrown.

Officers attended and found a man suffering from facial injuries that have been described as life changing.

In a fourth incident, in Chatsworth Road, Clapton, at about 23:37, a man on a moped was in traffic when two men on a moped pulled up alongside him and sprayed liquid in his face, before stealing his vehicle.

The victim has been taken to an east London hospital.

The Met said enquiries were ongoing and officers were trying to trace the suspected attackers.