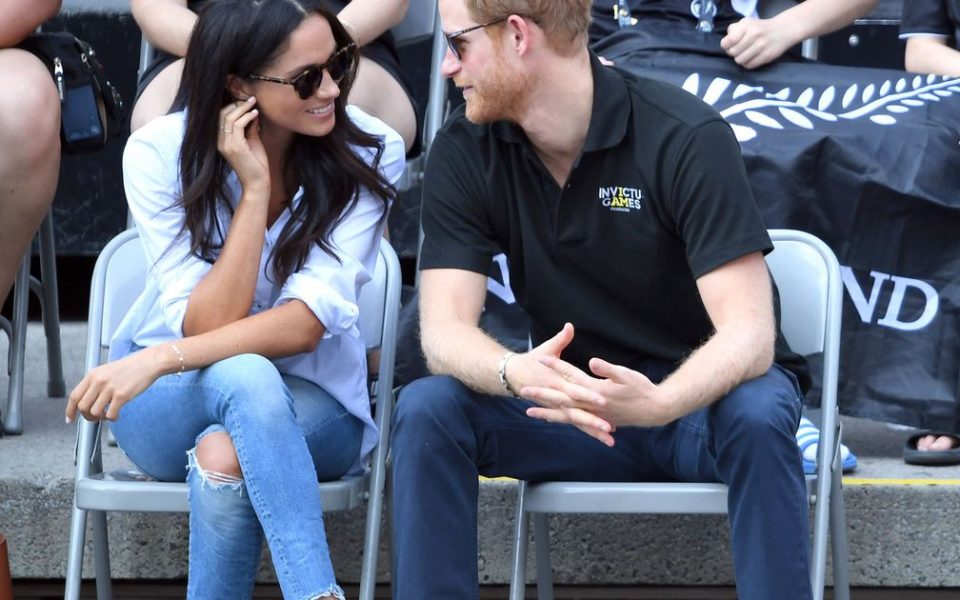 Not since the Victorian era has the general public been so shook at two people holding hands in public.

But, these two star-crossed, hand-holding lovers are no ordinary people. They’re Prince Harry and Meghan Markle. And, they just made their very first public appearance since word got out about their courtship.

SEE ALSO: Why the royal statement on trolling is unprecedented

Harry and Meghan were every inch the couple as they sat courtside at the 2017 Invictus Games in Toronto watching the wheelchair tennis semi-finals between Australia and New Zealand.

Just look at them, smiling and flirting together.

Is Harry leaning in for a kiss on the cheek?

Or, is he merely whispering sweeting nothings in Meghan’s ear?

The cosy couple didn’t stop there, though. They even held hands in public!

Of course, Harry was playing it super cool. “Pah, hand-holding. NBD,” he was thinking to himself.

Like, seriously Harry and Meghan, we can’t handle this nonchalance.

Meanwhile, some members of the public—commoners, as the royals might say—were basically screaming.

WATCH: Prince George looks beyond cute for his first day of school