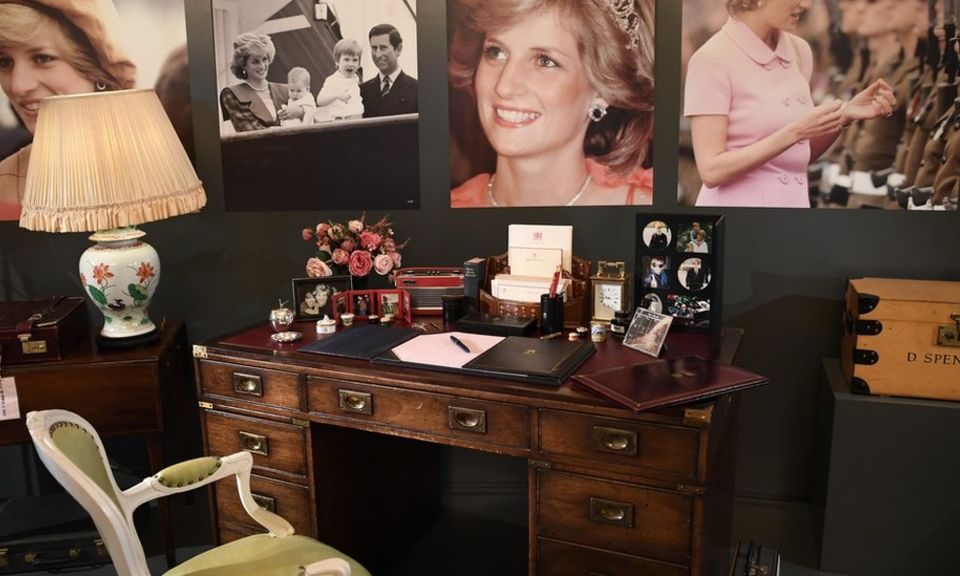 Cassette tapes, a lunch box and ballet shoes owned and used by Princess Diana will be put on public display at Buckingham Palace.

The exhibition of Diana’s rarely-seen personal belongings opens on Saturday and coincides with the 20th anniversary of her death.

Also included in the collection are photos of the Princess with her sons, the Duke of Cambridge and Prince Harry.

Many of the objects in the exhibition were selected by William and Harry.

The centrepiece of the collection is a desk where the Princess of Wales read and answered official correspondence in her sitting room in Kensington Palace.

Her love of music is documented in her cassette collection, which includes albums by Diana Ross, Lionel Richie and Elton John.

The exhibition, which runs until 1 October, will also include gifts presented to the Queen over her 65-year reign.

These gifts include a paperweight made from a fossilised dinosaur bone, and a union jack badge worn in space by British astronaut Major Tim Peake.