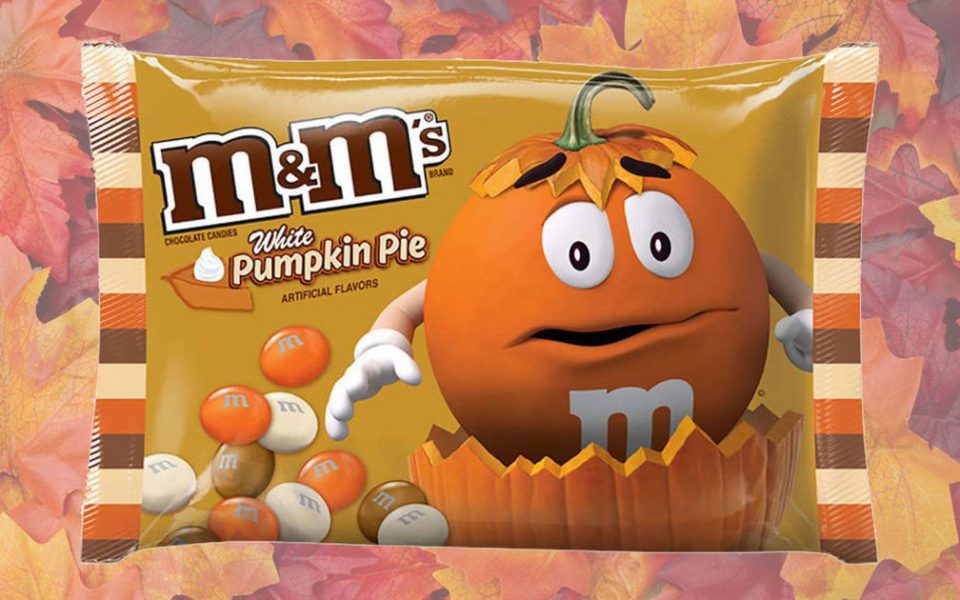 Look at this M&M's face. He is so confused. Why is he in pie?

Say to goodbye to summer, and thank the brands.

The assault on the end of summer has officially begun. Starbucks made a Pumpkin Spice Latte announcement on Thursday, and recently, people started noticing that pumpkin pie flavored M&M’s have already hit the shelves.

While it may feel like summer outside, the barrage of pumpkin flavored and spiced food marks the beginning of the end. And it appears as if this happens earlier and earlier every year.

The White Pumpkin Pie M&M’s were actually launched online in April, but they were spotted on the shelves at grocery stores as early as last week. Given the look on face of the M&M on the package, they’re just as shocked as we are.

WATCH: These top 10 westerns leave all the others in the dust