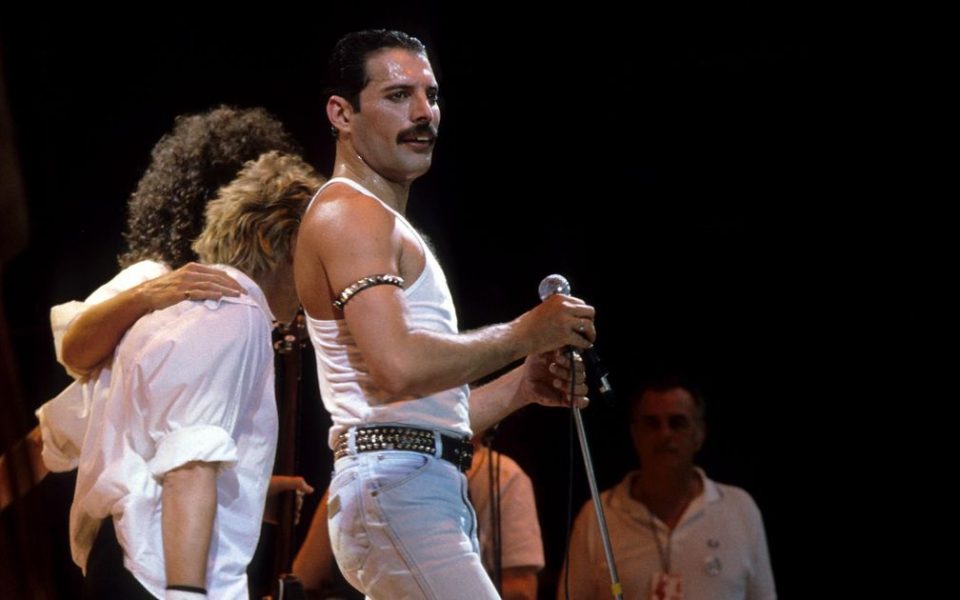 Queen fans, get ready for a crazy little thing to love.

Rami Malek, who plays the late Freddie Mercury in the 2018 biopic Bohemian Rhapsody, has been captured by fans performing that iconic track at Live Aid — or at least, a film set version of Live Aid. (The movie reportedly ends with that legendary 1985 performance.)

SEE ALSO: We have a first look at Rami Malek as Freddie Mercury and please send help

As you can see from this fan video, Malek has clearly been practicing his signature Freddie moves for hours in front of a mirror: the on-stage jogging, the cross-body fist pump.

Unlike the millions of us who’ve tried that, however, Malek actually looks scarily like the original.

He appears to be performing to a backing track of the original concert, but the jury is still out on whether the final version of the film will feature Malek singing or merely lip-synching to Mercury’s timeless four-octave voice.

But here’s a good sign. In the background of the fan shots you can see a key figure: Queen guitarist Brian May, now white-haired, standing just behind the cameras and grinning broadly at Malek’s performance.

RAMI’S FREDDIE MERCURY PORTRAYAL IS ALREADY THE BEST THING TO EVER HAPPEN IN MY LIFE pic.twitter.com/wbBWsTOu6I

We knew from Malek’s recent appearance on the Late Show with Stephen Colbert that the band had been sent a demo tape of Malek singing as Mercury and deemed it acceptable. But May’s on-set presence is the best indication yet that the remaining members of Queen are in full approval.

For comparison, here’s the first part of the original Live Aid performance, where Queen ruled the day. They opened with the first part of “Bohemian Rhapsody,” then quickly segued into then-recent hits “Radio Gaga” and “Hammer to Fall” and perennial favorite “Crazy Little Thing Called Love.”

Here’s hoping we get to see Rami performing those songs too. Heck, we’d probably pay for a three-hour film featuring a remake of the full concert.