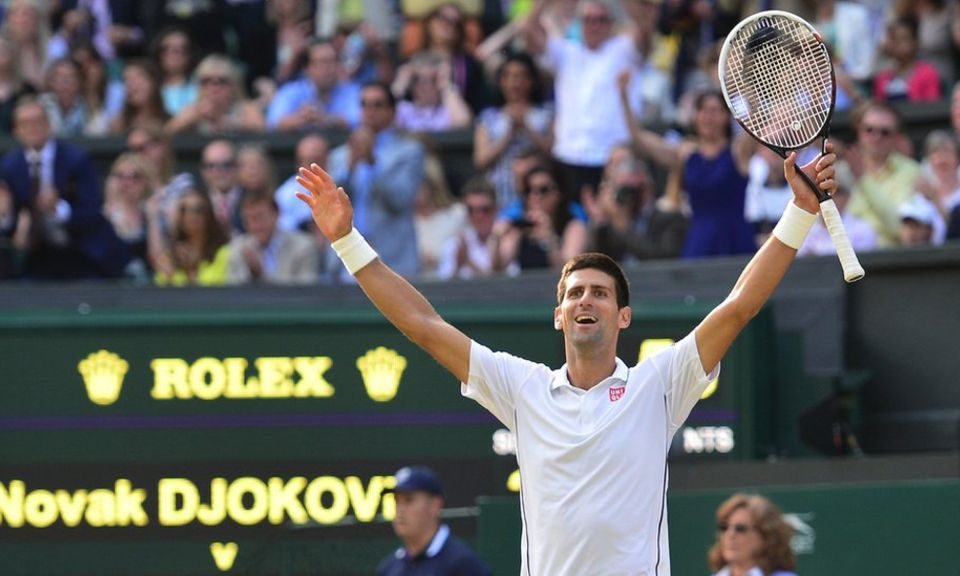 The seeding system for the men’s singles at Wimbledon is different to the systems used at the other grand slam tournaments.

The French Open, US Open and Australian Open just take the ATP rankings, but Wimbledon works it out differently to favour players who are better on grass.

The ladies singles system is different in that a committee decides whether the WTA rankings need changing. No changes were made for 2017. A seeding committee was also used for the men’s competition until 2002.

How much difference does it make?

If you compare the top eight seeds in the men’s singles for the last five years with the players at the top of the ATP rankings one week before the tournament each year, there have only been two or three changes each year.

Over that five year period you could classify five of the changes as being “good” in that they make the seeding a better predictor of the outcomes and three of them as “bad” because they make it a worse predictor.

The highest profile example came in 2014, when Novak Djokevic was made number one seed at Wimbledon, despite being number two on the ATP rankings. Mr Djokevic won the tournament while Rafael Nadal, who was demoted to the number two slot, was knocked out in the fourth round.

On the other hand, in 2012 Tomas Berdych was promoted above David Ferrer in the seedings and was knocked out in the first round while David Ferrer reached the quarter-finals.

It also must be taken into account that changing seedings is partly a self-fulfilling policy, because a higher-seeded player is likely to get further in the tournament as a result of playing lower-ranked players.

Over the past five years, there have been four “bad” changes in the top eight seeds and three “good” changes, so the Wimbledon seeding method has been marginally worse on that measure than just using the ATP rankings, but there is not a lot in it.

To find out whether it has been a better predictor than seedings at other grand slams Reality Check compared the seedings with the outcomes for the top eight seeds in grand slams from 2012 to 2016.

The outcomes allocate a numerical value for the stage at which a player is knocked out, for example, a player knocked out in the semi-finals gets a value of three or four because he could have come either third or fourth. Similarly, someone knocked out in in the first round would get a value of 96.5.

In fact, the average number you get for the last five years at Wimbledon is 146.

That is considerably higher than the figures of 106 at the US Open, 93 at the French Open and 89 at the Australian Open.

First of all, it should be said that all of these numbers are pretty high. There is not a strong correlation between seeding and outcome.

Nonetheless, it is much worse an indicator at Wimbledon. It would be tempting to conclude that was because the seeding system is different, but we have already established that the changes made only make a marginal difference.

That means that Wimbledon must just have been a less predictable tournament over the past five years than the other grand slams.