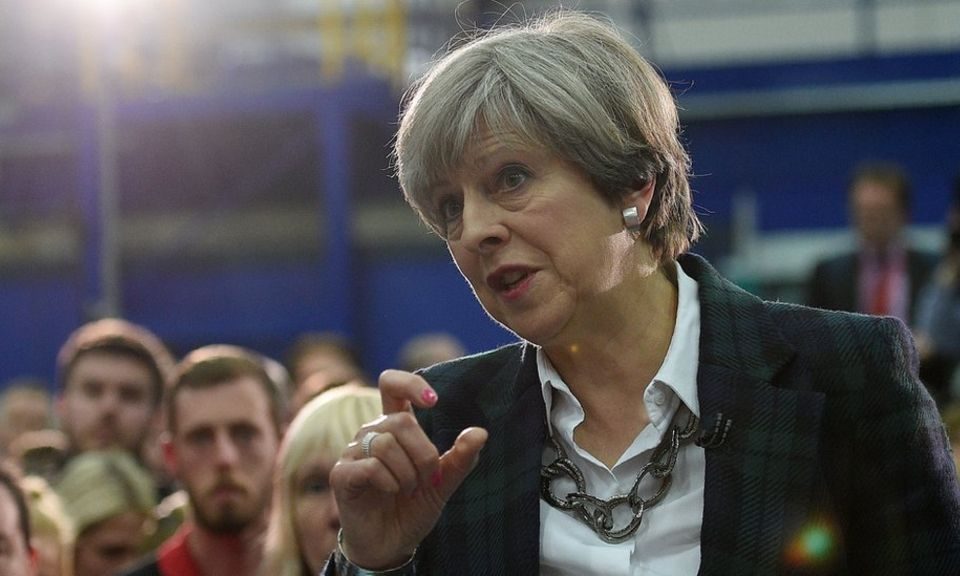 When Theresa May formally signed a letter triggering the UK’s departure from the EU, in March, the prime minister fired the starting gun on a two-year negotiation process that will have far-reaching implications for British businesses.

Mrs May’s claim that “no deal is better than a bad deal” has raised concerns among UK companies that a so-called “hard Brexit” could have a detrimental impact on jobs and investment in the country.

Meanwhile, Labour has said that it will scrap Mrs May’s Brexit plan – outlined in a White Paper in February – which envisages leaving the single market and customs union.

What is a ‘hard Brexit’?

When critics of the prime minister talk about a “hard Brexit”, they basically mean that she has decided to leave the EU single market and the customs union.

Theresa May prefers to call her plans a “clean Brexit”.

Membership of the EU single market means there are no taxes or tariffs on trade between all the countries involved, and they abide by a common set of rules and regulations.

But it also means every member country has to accept the free movement of people – something the government wants to bring to an end.

In 2016, about 44% of the UK’s exports in goods and services went to other countries in the EU.

Membership of the customs union means all the countries involved have agreed to apply the same tariffs on goods coming from elsewhere in the world.

Once they have cleared customs in one country, they can be shipped around the union without further tariffs being imposed.

But being part of the customs union also means you cannot negotiate your own trade deals with other countries around the world.

Mrs May wants the UK to be able to negotiate on its own once the UK leaves the EU.

What does ‘no deal’ mean?

The UK wants to negotiate its own free trade deal with the EU after Brexit.

If it fails to do so, or if the Article 50 negotiations on leaving the EU break down, then it will leave with “no deal” on the table.

That means it will have to fall back on its membership of the World Trade Organisation (WTO) as the basis for its future trading relationship with the EU, and it will have to accept a schedule of tariffs on goods imported from or exported to the single market.

The “no deal” scenario worries many businesses – especially if it were to happen with little notice.

That could be because negotiations with the EU break down, or because a proposed deal gets rejected by one party or another at the last minute.

Who would be most affected by tariffs?

If trade between the UK and the EU were to be conducted “under WTO terms”, the EU would also have to pay tariffs on goods it exports to the UK.

What are Brexit Britain’s trade options?

The service sector is a huge part of the UK economy – accounting for about 80% of the total.

Services are often not covered in a free trade deal, which is why this is likely to be the most difficult part of the future UK-EU trade relationship to resolve.

The key is what are known as “non-tariff barriers”.

These include things such as mutual recognition of regulations, and rules on everything from legal standards to the environment.

The financial services sector is particularly concerned about losing its financial “passports”.

These allow any company operating within the single market to trade across the EU without the need for separate licences.

Evidence provided to the Treasury Select Committee last year showed that more than 5,000 UK-based financial firms relied on these passports to trade elsewhere in the EU.

The passports will need to be replaced by a new regime.

But negotiations on services agreements often drag on for years – which is why it is likely that there will need to be some kind of transition period lasting several years between full EU membership and a new relationship in the future.

Could an end to free movement lead to staff shortages?

Some sectors of the UK economy are certainly worried about that, because they rely on large numbers of workers coming from other EU countries.

If a deal can be done on guaranteeing the rights of EU citizens in the UK (and UK citizens elsewhere in the EU) then it shouldn’t have an immediate effect, because no-one will be forced to leave.

But in the longer term, concern has been expressed about everything from the NHS to fruit-picking companies, and from coffee bars to professional football clubs.

Once the government has decided on a new immigration policy to replace free movement, it will have to decide whether to grant exemptions to allow specific companies or sectors of the economy to bring more people in from other EU countries if they are needed.

What do businesses want?

When it comes to all of the issues discussed here – tariffs, customs, and migration – the main thing most businesses want is clarity.

That will allow them to plan ahead, and make the transition from EU membership to a new relationship as smooth as possible.

Businesses give their priorities for Brexit talks