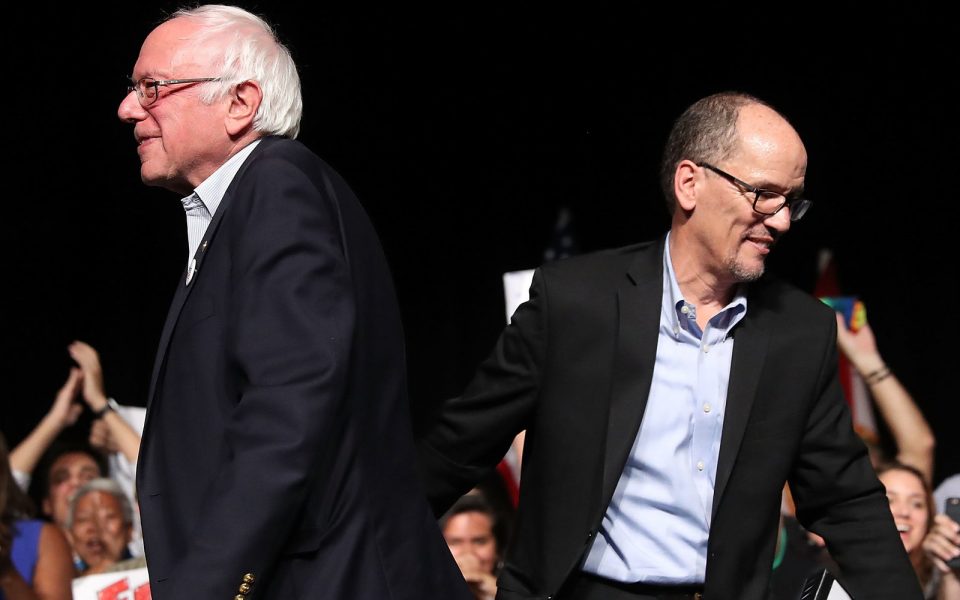 Reminder To Progressives: Abortion Is An Economic Issue

Bernie Sanders traveled to Nebraska this week to throw his support behind Omaha Democratic mayoral candidate, Heath Mello, who is running against the incumbent Republican mayor,Jean Stothert. A Mello win, Sanders has said, would give hope to other progressive Democrats in conservative states.

But Mellos progressive credentials are questionable at best.As a state senator, he co-sponsored a bill requiring that abortion providers tell women they can have an ultrasound first, and mandating that providers who use ultrasound display the image in a way women can see if they choose. He said it represented a positive first step to reducing the number of abortions in Nebraska.

As a populist, Sanders has built a political career protesting economic inequality and yet by campaigning for Mello, he has demonstrated a willingness to separate economic justice from reproductive justice. (So has Democratic National Committee Chair, Tom Perez, who is also helping to campaign for Mello and who has defended that decision, saying the job of the DNC is to help Democratic candidates win.) But abortion access is not just a medical issue, or even a social one; it is, at its core, also an economic concern. Heres why.

Raising children in the United States is expensive. Like, more than $230,000 per child(from birth to age 17) expensive. That includes food, transportation, housing, education (but not college), health care and child care. Oh, and daycare for babies is now more expensive than college tuition in most states.

Women in this country already face a well-documented motherhood financial penalty. Research shows, for example, that mothers are less likely to be hired for jobs and they are offered lower starting salaries when they are hired. (Men dont appear to be similarly disadvantaged by becoming dads, and might actually benefit from it, career-wise.)

Having a baby is the most expensive health event that families face during their childbearing years. At the same time, a lack of workplace supports for many women during this critical time means a woman may not have paid sick days for prenatal appointments or well-baby care, or paid family and medical leave to use after giving birth. Addressing all of these issues is central to achieving economic justice for women and families, said Sarah Lipton-Lubet, vice president of the National Partnership for Women & Families.

Roughly 60 percent of women who have abortions are already mothers, which means they understand these factors not in some abstract way, but both deeply and personally. In fact, economic concerns are a major reason why women chose to end pregnancies. Estimates suggest that between 40 and 75 percent of women seeking abortions do so for financial reasons.

The most common reason women give for wanting to terminate a pregnancy is that they feel that they cannot afford to have a baby or to have another baby, Diana Greene Foster, director of research with the University of California San Franciscos Advancing New Standards In Reproductive Health (ANSIRH) told The Huffington Post.

Low-income women are hit the hardest by unplanned pregnancies and by policies that limit abortion access.

In the United States, roughly 5 percent of reproductive-age women have an unintended pregnancy each year, and those pregnancies disproportionately occur among low-income and poor women. In 2011, the unintended pregnancy rate among women living well below the federal poverty level around $18,000 for a family of three was five times higher than women living well above the federal poverty line.

Low-income women also struggle to afford abortion, particularly because the Hyde Amendment has long restricted Medicaid coverage for abortion care. Research shows that in order to come up with the money necessary for the procedure, women are forced to forgo food for themselves and their children, to miss rent payments and to sell off personal items.

When women are unable to get an abortion, they are more likely to be poor, less likely to work full time and more likely to receive public assistance, Foster said. And this has important consequences for their existing children and their ability to care for a new child.

Also, because two-thirds of the unplanned births in this country are paid for by public insurance programs, namely Medicaid, unintended pregnancies weigh on the economy as well.

That means that any line separating reproductive rights from economic concerns is an imaginary one. True progressives would do well to remember that.

CORRECTION:An earlier version of this story mischaracterized the bill Mello co-sponsored. It did not require women to have ultrasounds before abortions.