Previous postHywel Bennett, star of television and film, dies aged 73 - BBC News
An animal shelter turned a case of a chewed-up stuffed animal into an Instagram 'Law and Order'Next post 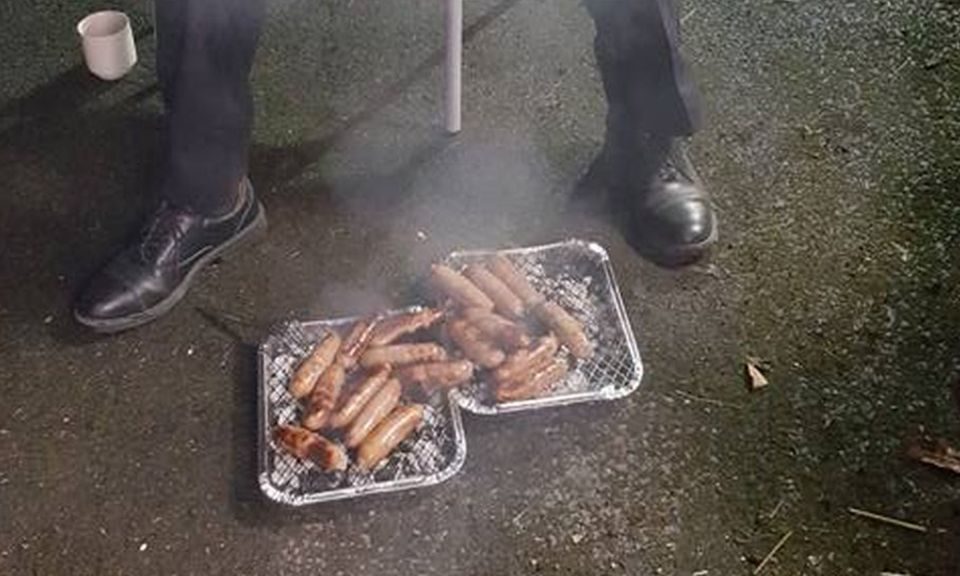 Rescued piglets served up as sausages to firefighters – BBC News

A litter of piglets whose bacon was saved from a barn fire has been served up as dinner to the firefighters who rescued them.

The 18 piglets and two sows survived the fire in Wiltshire in February, which saw 60 tonnes of hay catch fire.

The firefighters initially said the bangers were “fantastic” but following complaints have since said sorry.

People for the Ethical Treatment of Animals (Peta) said the piglets were “no better off” for escaping the fire.

“We’ll be sending Dorset and Wiltshire Fire and Rescue Service packs of vegan sausages so that they can see how easy it is to truly be heroes for pigs – by sparing them all suffering,” said spokesman Mimi Bekhechi.

The animals were given a six-month stay of execution when they were rescued from the farm at Milton Lilbourne.

But, having been reared for meat, they were then slaughtered and delivered as sausages to the fire station team, which barbecued them.

Ms Rivers defended the gift, saying farming is her livelihood and way of life.

“I gave those animals the best quality of life I could ever give until the time they go to slaughter and they go into the food chain,” she said.

“You do feel sad at the end of it… but to bring them down for [the firefighters] was a good way of saying ‘thank you’.”

The farm’s owner, Canon Gerald Osbourne, added: “An inevitable part of farming is the death of an animal which gives us the food to eat.”

The delighted firefighters said the sausages were “highly recommended” and thanked the farmer “for her generosity”.

“We can tell no porkies, the sausages were fantastic,” a spokesman said on Tuesday.

However, the fire service has since removed the pictures of the impromptu barbecue from its Facebook page.

“In regard to a recent post on this page,” the service said on its page, “we recognise that this has caused offence to some. We apologise for this and as such have removed the post.”