Previous post'Game of Thrones' actor who shot the dragon: I'm not too popular right now
Pumpkin Pie M&M's are here to ruin the end of summerNext post 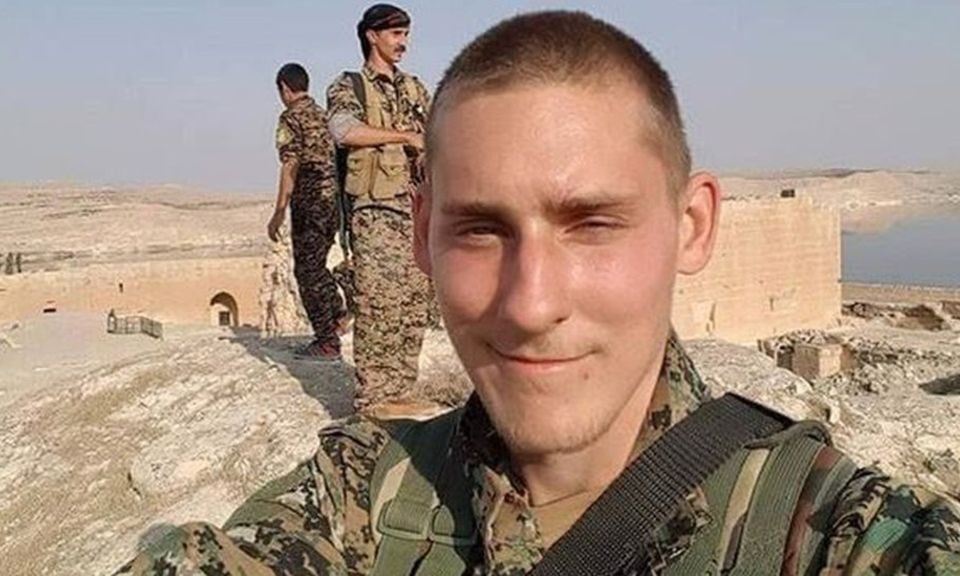 Ryan Lock death: Soldier ‘turned gun on himself’ while fighting IS – BBC News

A “heroic young man” who fought with Kurdish forces in Syria killed himself to avoid falling hostage to Islamic State (IS) militants, an inquest heard.

Ryan Lock, 20, from Chichester, died in December with the People’s Defence Units (YPG) in Raqqa.

When wounded and surrounded by IS fighters he turned his gun on himself to avoid capture and a “frightening and painful death”, the hearing was told.

A former chef without military skills, he told family he was on holiday.

After revealing he was not backpacking in Turkey as they had thought, Mr Lock kept in touch with his family via Facebook Messenger, the inquest in Portsmouth heard.

He sent them pictures and updates on the military training he was receiving, but never revealed he was involved in combat.

But after losing contact with him last December, Mr Lock’s father Jon Plater found images online of his son with an IS fighter standing over his body in the northern city of Raqqa – considered to be the terrorist group’s de facto capital.

Recording a narrative verdict, coroner David Horsley said Mr Lock sustained a leg wound that left him at risk of falling into the hands of a “cruel and ruthless” enemy.

Mr Horsley added: “He was not prepared to let that happen and used his own weapon to avoid capture. That can only be viewed as a brave action.”

The coroner described Mr Lock as a “heroic young man”, and added: “He died doing something he quite clearly believed passionately in.”

Pathologist Dr Basil Purdue said Mr Lock’s cause of death was a single gunshot wound to the head.

Mr Lock’s mother, Catherine, said that before he left home Mr Lock had mentioned how bad the situation in Syria was, but “it wasn’t something he would constantly comment on”.

He became secretive, and Mrs Lock said: “Deep down, there were things setting off alarm bells but I wasn’t getting the answers.”

When Mr Lock revealed he was en route to Syria, to serve with the YPG as a chef with hopes to train as a medic, Mrs Lock said she “absolutely panicked”.

She tried not to be negative for fear of him severing contact and told him: “I’m proud of you, but for God’s sake come home safely”.