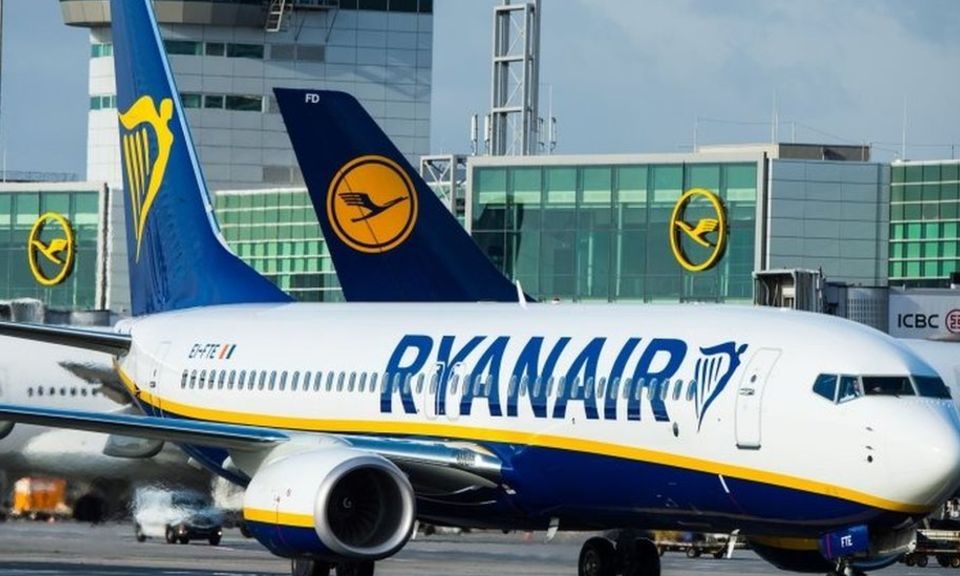 Ryanair to cancel 40-50 flights per day

Ryanair is to cancel 40 to 50 flights every day for the next six weeks, in a bid to improve punctuality of flights.

The budget Irish-based airline announced the plan on Friday, saying that it was “unacceptable” that its punctuality had fallen below 80% in the first half of this month.

It also said it had to clear a backlog of staff leave by the end of the year.

The move could affect up to 285,000 passengers, who will be offered alternative flights or refunds.

Ryanair said that less than 2% of its flights would be cancelled and the move would help it hit its annual punctuality target of 90%.

But passengers have complained about the short notice of the cancellations.

Gary Cummings was due to fly from Leeds to Bratislava on Friday morning.

On Thursday night he received a text message from Ryanair, saying his flight had been cancelled.

The only alternative flight he was offered was on Monday – when he was originally due to be returning to Leeds.

“We were left in limbo really,” he told BBC Radio 5 live.

Thanks so much @Ryanair for cancelling our flight for tomorrow morning. I really appreciate the 24 hours notice that I can't go on holiday!

Flight cancelled by @ryanair I try to speak to someone straight on the desk at the airport without lucky. Next flight in 3 days. 😤

So we are in Kraków & #Ryanair cancel our flight home on Monday – what??? How are we supposed to get home?

But customers do have rights under the European Passenger Rights legislation.

“The rules say if the airline doesn’t have a suitable alternative flight, you have to be booked on a rival airline,” said Simon Calder, travel editor of the Independent.

He said passengers should also be able to claim compensation for the cancellations.

“It’s a really odd thing in terms of customer care, to say we want to improve the operation by keeping more planes on the ground,” he told the BBC.

So it can afford to risk annoying up to 400,000 of its customers by suddenly cancelling hundreds of flights at short notice.

It’s not the first time that a large company has changed how holidays are allocated to staff, but it’s probably the first time for a giant airline that such changes have discommoded so many paying customers.

Ryanair hopes that it can minimise the reputational and financial cost until it gets to the end of October when fewer flights will be in the skies anyway.

In the meantime passengers are urged to check what their compensation rights might be under EU261 rules.

Ryanair has advised customers that flights will be operating as scheduled unless passengers have received a cancellation email.

“By cancelling less than 2% of our flying programme over the next six weeks, until our winter schedule starts in early November, we can improve the operational resilience of our schedules and restore punctuality to our annualised target of 90%,” Ryanair’s Robin Kiely said.

The statement added that the airline was in a transition period to move the holiday year for its staff from April to March, to January to December.

Has your Ryanair flight been cancelled recently? You can share your experience by emailing haveyoursay@bbc.co.uk.