Previous postDonald Trump Jr. and Jimmy Kimmel got in a bit of a Twitter squabble this weekend and it's no surprise who won
Quit smoking campaign backs e-cigsNext post 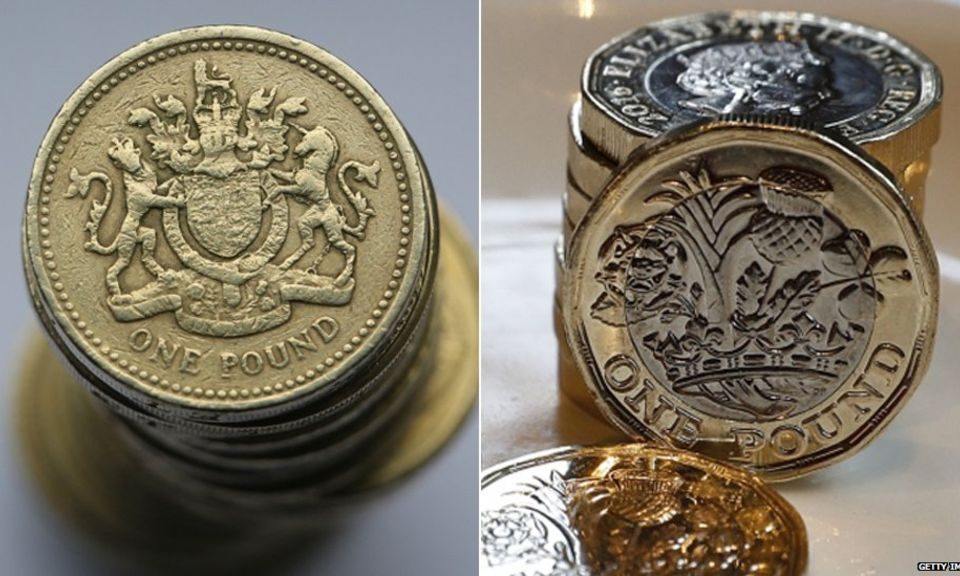 Shoppers have expressed their annoyance at receiving old £1 coins in change, a week before businesses can refuse to accept them.

From 16 October, the round £1 coin will no longer be legal tender as it is fully replaced by the 12-sided version.

But Tesco says it will continue to accept the round pound for an additional week to help customers.

Eirlys Groves said she visited a branch of Tesco where machines gave old out coins as change, and then she was told by shop staff she could not swap them for new ones.

And Dianne Lilley said that she had been on holiday in South Devon and found that several small businesses there were still handing them out in change.

Consumer experts Which? said everyone could trade in the coins after 16 October in bank, building societies and post offices.

But it advised shoppers not to accept the old coins as change after this date and instead to ask for new ones.

Mike Cherry, from the Federation of Small Businesses, said the changeover period had been “fairly short” and suggested it would be helpful if small firms were allowed a short transition period beyond the deadline to collect the old coins and bank them.

Budget retailer Poundland has said it will continue to accept the old coins until 31 October – meaning shoppers can continue to spend them while the supermarket chain takes on the job of banking them in bulk.

The Royal Mint introduced the new £1 coin on 28 March to help crack down on counterfeiting, with one in 30 of the old version estimated to be fake.

About 1.2 billion of the old coins have so far been returned, but an estimated 500 million are still in circulation.

Businesses have been updating their machines to accept the new coins, but some are still unable to take them.

Sainsbury’s and Tesco said a small minority of its trolleys at their convenience and express stores were not accepting the new coin but would be able to do so shortly.

Problems have also been reported at other supermarkets.

A Tesco spokeswoman said: “We’ve been updating our systems ready for the new pound coins, but to help customers who still have the old coins, we’ll continue to accept round pounds at our tills and self-service machines for an additional week.”

Transport for London said 27 of its machines at London Overground stations do not accept the new coins, but each of those stations has at least one machine that does take them.

All you need to know about new £1 coins

The new coin was described as the “most secure coin in the world”, with a string of anti-counterfeiting details, including material inside which can be detected when electronically scanned by coin-counting or payment machines.

Nevertheless, it has faced some problems since its introduction.

A “small number” of coins put into circulation were found to be faulty, while some ticket and vending machines, as well as shopping trolleys, were unable to take it.

The AA reported in July that more than one in five UK councils had not converted all their parking ticket machines to accept the new coin.

Some small businesses have struggled with the process of moving to the new £1. Leonard Spillman, who owns a laundrette in Bath, said it had cost him £200 to convert his washing and drying machines.

“Could it not have been possible when designing the new coins to make them the same weight and width as the old coins so that businesses did not have to suffer?” he asked.

Coins down the back of the sofa?

With the deadline to use the old £1 coin just days away, here are some of the places to look for them:

The Royal Mint said some businesses waited until July to upgrade machines – once there were more new pounds in circulation than old ones.

Businesses were warned by the Treasury last year that they would need to update their machines and the Royal Mint says all “coin handling equipment should be able to accept the new £1 coin” from 16 October.

Efforts to phase out the old £1 coin have also been hampered by companies who returned the new 12-sided replacement by mistake.

Banks are encouraging customers to return their old coins as soon as possible and not to wait until after they cease to be legal tender.

The Post Office said customers could continue to deposit them into any of their usual high street bank accounts “until further notice”.

Number to enter circulation: 1.5 billion – about 23 per person. Old £1 coins will be melted down to make new ones

Outer ring: gold-coloured, made from nickel-brass