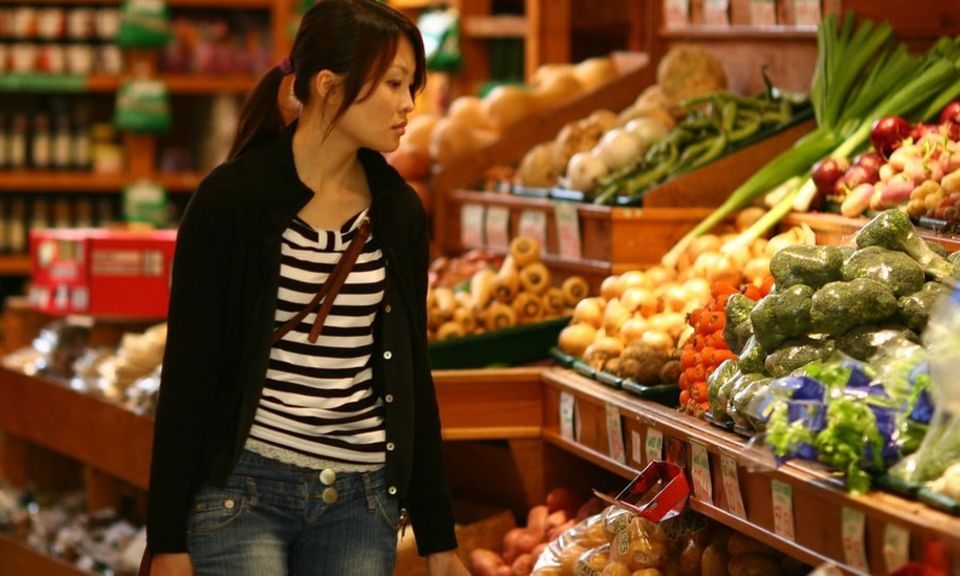 Shoppers ‘in the dark’ about Brexit effect – BBC News

UK shoppers are “completely in the dark” about the effect Brexit will have on their weekly shop, a former Sainsbury’s boss has told BBC Panorama.

Justin King, who ran the supermarket for a decade, said the “last thing” any current supermarket boss would reveal was their intention to put up prices.

But he added it was “very clear” shoppers would face “higher prices, less choice and poorer quality”.

The main supermarkets declined to speak to BBC Panorama.

Mr King, who ran Sainsbury’s until 2014, said: “Brexit, almost in whatever version it is, will introduce barriers.

“That makes it less efficient which means all three of those benefits – prices, quality and choice – go backwards.”

Food and farming combined are the UK’s biggest manufacturing sector and the EU is involved all along the chain – from what grows in British fields to the labels in shops.

The EU also guarantees free trade across the continent and Mr King – who supported Remain – said this frictionless movement kept food prices down.

Mr King, who has said the weaker pound will push up prices, added that EU membership helped retailers find the best suppliers and markets throughout Europe.

He also said the EU had driven up standards and enabled the UK to get out-of-season vegetables all year round.

He said: “Food prices inside the EU vary from food product to food product, but the average is something like 20% higher than they are in the rest of the world – so there is very substantial scope for food prices coming down if we switch sources of supply outside the EU.”

He said: “The reason why food prices are higher inside the EU is because they have got tariffs which keep the prices up.

“It’s not anything to do with quality – it’s due to the institutional arrangements with means the food prices are kept much higher to increase farmers’ incomes.”

Some British farmers fear that a bad Brexit deal – which does not protect them – could drive them out of business.

John Davies, a livestock farmer from Powys in Wales, told Panorama: “I’m really scared of imports – produced to completely different standards [with] hormones, you know, feedlot beef, you know – we’re based on green and pleasant land, high environmental standards. We really are proud of that.”

Feedlots – places where cattle are fattened for slaughter – are common in the US, which is the world’s largest beef producer.

It supplies one fifth of the beef eaten around the world.

But in the UK, less than 1% of the fresh and frozen beef bought last year came from the US, according to Agriculture and Horticulture Development Board (AHDB).

Possibly the most controversial difference in livestock farming either side of the Atlantic is the American use of growth hormones, which is banned in the EU.

The UK is largely self-sufficient when it comes to beef – with home-grown British beef accounting for 76% of purchases last year.

Brexit could change that.

Mr Davies said: “Brexit could have a massive effect on our food-producing ability in this nation, that’s a key strategic decision to be made.”

The prime minister has already been driving for new deals in America and the UK’s special relationship with the US could provide a source of cheap food.

David Trowbridge, president-elect of the Iowa Cattlemen’s Association in the US, told BBC Panorama: “We don’t want to destroy an industry within another country, but you know… we are very competitive… It’s up to your consumers on what they want to pay for the product.”

In the UK, we spend roughly 8% of our income on food, according to the World Economic Forum.

Americans spend 6% – less than any other country in the world – and that is partly down to large-scale, cheap and efficient farming.

‘Once in a lifetime’

Other farmers that Panorama spoke to welcomed Brexit.

Jacob Anthony, a 24-year-old fifth generation beef and sheep farmer who runs a 700-acre farm in Bridgend, Wales, voted to leave the EU.

“I’m a young farmer and I’m looking to the future,” he said. “I think a lot of us in the industry were not happy with the way the sector was going and I thought it was a once-in-a-lifetime opportunity for realistic change.”

Mr Anthony said leaving the EU would give British farmers a chance to strike new trade deals and push into new emerging markets.

Last year, 13% of UK-produced beef was exported, according to the AHDB, whose spokesman said it was largely the bits British shoppers did not want.

‘Get on the agenda’

Conservative MP James Cleverly insists that the UK doesn’t “have to just roll over” in Brexit negotiations.

He said: “We are a highly desirable market. That actually gives us some strength in the negotiations.”

For Mr Mills, it is the establishment who “doesn’t really like Brexit”.

“And they are throwing up difficulties all over the place, which I don’t think are going to materialise to anything like the extent to which they claim,” he said.

Ex-Sainsbury’s boss Mr King is concerned, however, that “there has been, in my estimation, almost no conversation about the potential impact of Brexit on the food supply chain by definition”.

He said with less than two years to go until Brexit, “food needs to get on the agenda pretty soon”.

The government has said little about plans for food and farming after Brexit, and the new UK Department for Environment, Food and Rural Affairs (Defra) secretary Michael Gove declined to speak to BBC Panorama.

Defra said: “We will not in any way dilute high quality environmental standards, we will make sure our environment and animal welfare are protected.”