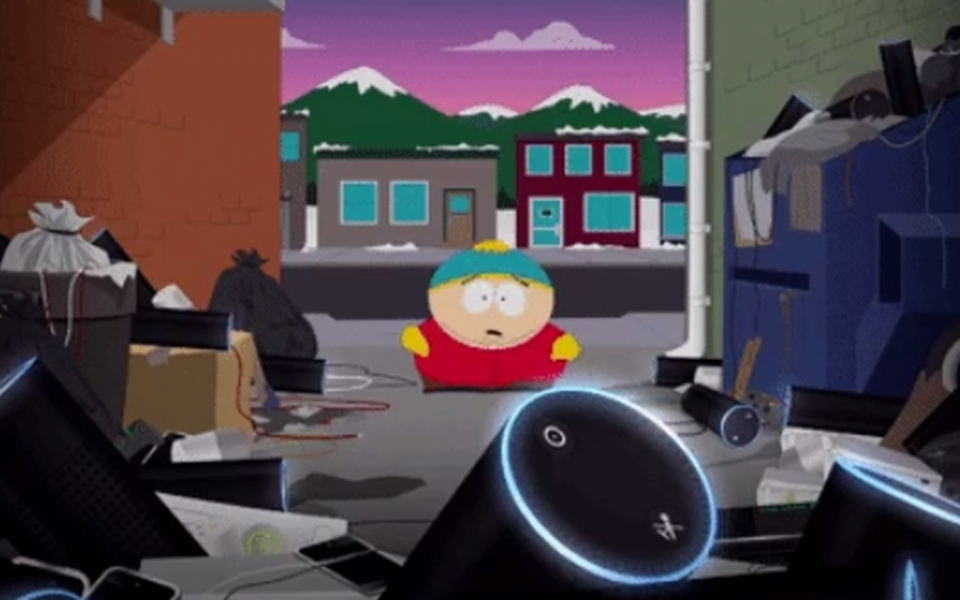 Comedy Central’s satirical and politically incorrect series “South Park” is back, and this time it’s messing with people IRL.

SEE ALSO: South Park game’s difficulty will be based on your skin color in a bold-ass move

Fans watching the premiere of Season 21 of the animated series got a surprise when on-screen commands to Amazon’s Alexa and Google Home set off their own devices.

We have an Alexa and a Google Home and South Park repeatedly screwed with both of them tonight.

Because Cartman was the one fiddling around with Alexa in the episode, the real-life digital assistants were foul-mouthed and sweary:

Who else’s Alexa’s keep going off every time Cartman says something on the Alexa during this South Park episode 😂 #SouthPark21 pic.twitter.com/strwnTST23

This @SouthPark episode has set my @amazon Alexa off about 15 times so far. Had to unplug it

This episode of South Park drove my Alexa crazy. I never knew my Alexa had such a potty mouth. pic.twitter.com/lWIHySClRd

People started to complain about their Alexa’s shopping list full of “hairy balls” and “titty chips”:

@SouthPark nailed it tonight. In other news I have an erroneous alarm set for 7am and a set of hairy balls on my shopping list. #alexa

My Alexa put titty chips on my shopping list and said some pretty colorful things. Haven’t laughed that hard on a while. #tittychips pic.twitter.com/IumPMXZK0I

Who knew Alexa has such a potty mouth!