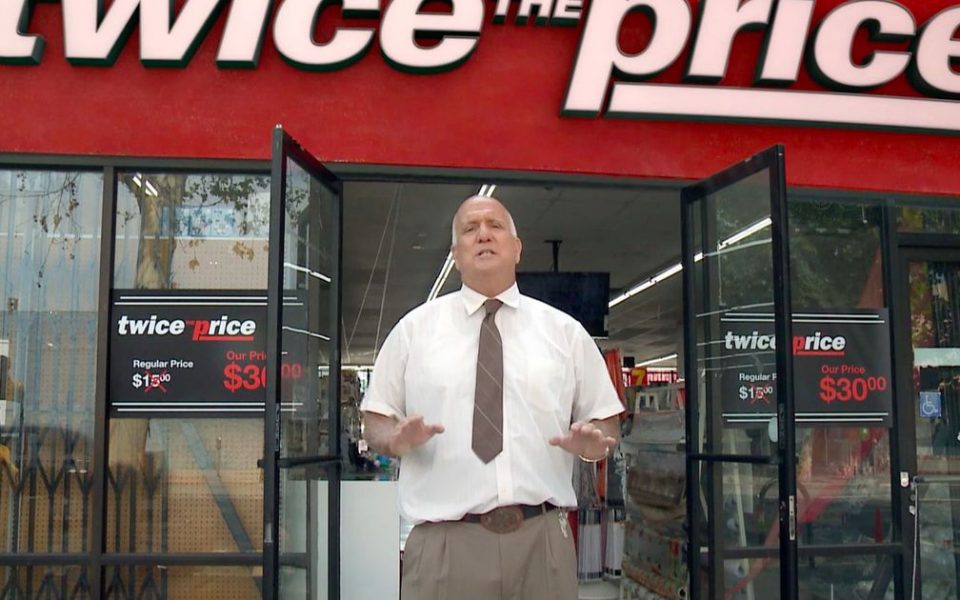 Things are getting ugly in the battle of the wireless carriers.

In its latest shot at competitor Verizon, Sprint decided to open up a unique pop-up shop in Queens called “Twice the Price,” which essentially trolls Verizon’s prices by overcharging for all of the featured items.

SEE ALSO: Amazon Alexa is so not ready to be your phone’s digital assistant

Sprint explained in a press release that at “Twice the Price” shoppers can find items like “potato chips, party supplies, boogie boards, makeup mirrors, mops, bottles of water, and more” for twice their regular price. Because, as the store’s tagline goes, “Why pay less when you can pay more?”

The store is conveniently located directly next to a Verizon store, which makes the fact that Sprint used the same font and colors as the classic red and white Verizon logo that much more awkward.

“People ask me how I came up with this genius idea and I told them, ‘If Verizon can charge customers twice as much for four lines of Unlimited, why cant I?” said “Uncle Danny,” the store’s owner and president, in the release. “Did I copy Verizon? No, I was just inspired by their over-the-top pricing and the billions of dollars theyve made. I wanted to give customers a similar experience in my store. Well sell anything for twice the price!”

The mock pop-up shop will only be around for July 21, and no items actually available for purchase, but you can still watch the full cringeworthy, shade-filled commercial here:

Mashable reached out to Verizon for comment and will update if we hear back.