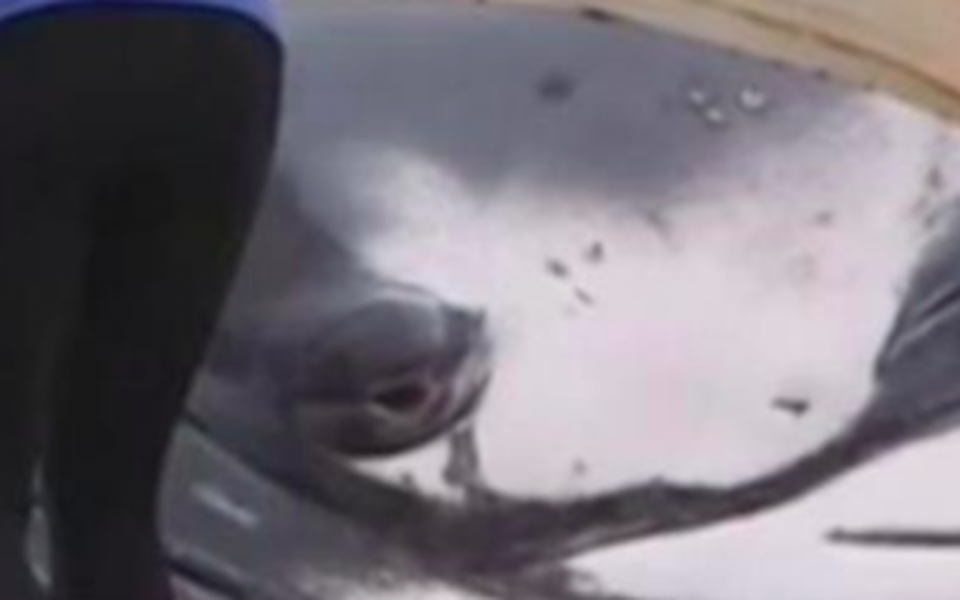 A beached juvenile humpback whale has been euthanized in Australia despite a heroic effort by scores of volunteers to save it.

Even as experts were deciding whether to euthanize the animal, the whale was blinking, watching the humans around it and feebly moving its flippers.

Officials told The Guardian they have no idea why the whale beached at Sawtell Beach on Australias northeast coast but said inexperience could have been a factor. This may have been the yearlings first migration on its own.

Due to rough waters, rescuers determined that it was too dangerous for the boat to try to tow the whale back out to seaand that it was time to end the whales suffering, according to Australias ABC News.

Its been a very, very difficult afternoon for everybody involved, Shona Lorigan, vice president of the marine rescue organization ORRCA, told the Sydney Morning Herald.Mother natures not helped us today;the waves are getting bigger as I watch,Lorigan said

As the weather grew worse, the animals health continued to deteriorate.

We really had to think of the welfare of the whale, and we didnt want it to suffer any longer, Lorigan said.

The young whale was first spotted close to shore early Friday morning. After it beached, volunteers poured buckets of water on it and covered it with wet material to keep its skin moist. Rescuers stayed overnight with the humpback and had hoped to attempt to float it back into the sea Saturday at high tide, but were stymied by bad weather.

The whale will be removed from the beach and buried.