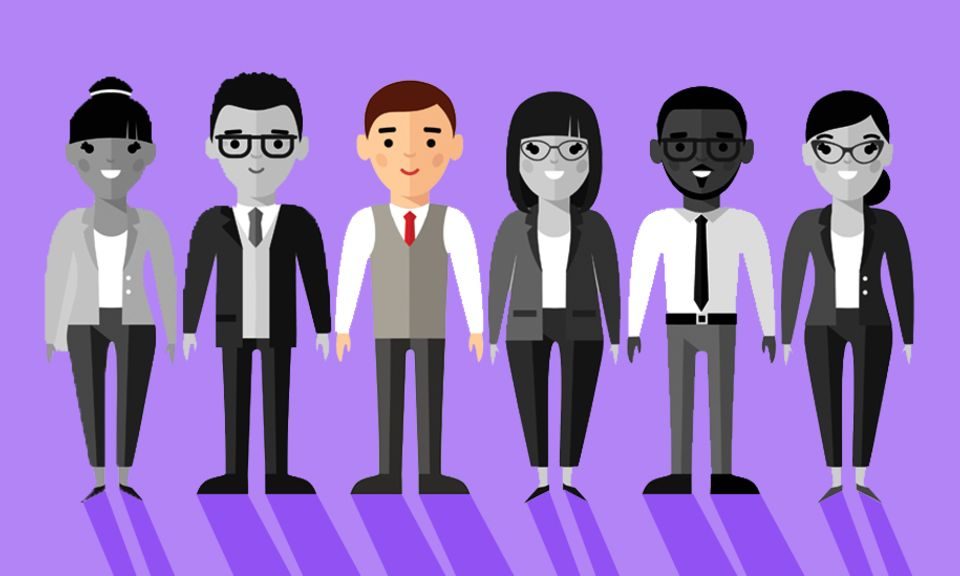 The illness that affects one in six of us

At any one time, a sixth of the population in England aged 16 to 64 have a mental health problem, according to statistics body NHS Digital.

Whether it is family or friends, neighbours or work colleagues, the chances are we all know someone who is affected.

And bearing in mind the figure leaves out less common conditions and is a snapshot in time, you could easily argue it is even more prevalent than that. Indeed many do.

With Prime Minister Theresa May expected to announce plans to improve care next week, these 10 charts show the extent of the challenge.

1. Problems are on the increase

It seems to be getting more common – or at least among those with severe symptoms. While the proportion of people affected does not appear to have risen in the past few years, if you go back a little further there has certainly been a steady increase.

Evidence from the NHS Digital study in England shows the rise has been driven by an increase in women with illness.

Why is this? Undoubtedly some of it is down to people being more willing to report and admit mental health problems.

Experts point to the way self-harm in particular is recognised in a way it was not 20 or 30 years ago.

But it is also clear 21st Century life is taking its toll on some people. Economic uncertainty, social media, the influence of the media and rising expectations of what life should be like have all been suggested as possible causes.

2. Women are now more likely to be affected

Women are now much more likely to have a common mental illness.

One in five report they have, compared with one in eight men in England. If you include only those with severe symptoms, the difference is less acute, but still apparent.

A number of theories have been put forward for this. The economic uncertainty of the past decade has particularly affected the young, making it harder to get on the career ladder.

And psychiatrists and mental health campaigners are increasingly raising questions about whether social media increases peer-group pressure and online bullying.

Whatever the reason, the one thing experts are agreed on is that the figures are shocking.

3. But men are more likely to take their own lives

Mental health problems prompt thousands of people to take their own lives.

In fact there are about 6,000 suicides in the UK each year and it’s the biggest killer of men up to the age of 49. Men account for three-quarters of the total figure.

The best overall measure is the number of suicides per 100,000 people. That’s because, with a rising population, the absolute figure is almost bound to go up. Since the 1980s, the trend is down.

There’s quite a big national variation, with England having the lowest suicide rate and Northern Ireland the highest. Scotland and Wales have similar rates and are in the middle.

As already mentioned, mental health problems are particularly common in the young in the UK.

In fact, most mental health problems develop in childhood or when a person is a young adult. Three-quarters of problems are established by the age of 24.

It is why there is such an emphasis at the moment on addressing childhood mental illness. In 2015, the government promised funding for child and adolescent mental health services would increase.

5. Mental health services are the poor relation when it comes to funding

Extra money has also been earmarked for adult services in England. Together with the investment in children’s services it means by 2020-21 £1.28bn more should be spent in real terms than was in 2015-16.

Ministers say the money will be used to put mental health services in A&E, more crisis teams in the community and a focus on helping new mothers, with one in five reporting problems in the first year after the birth of their baby.

But an analysis last year by the King’s Fund health think tank found 40% of mental health trusts in England had actually seen their budgets cut in 2015-16.

The government is adamant things will change. They have to.

While 23% of NHS activity is taken up by mental illness, mental health trusts have been receiving only about 11% of funding in recent years.

Extra investment is being made in the other parts of the UK. Wales and Scotland have both recently unveiled new plans.

But like England, mental health remains the poor cousin compared to the spending on physical ailments.

The promise of investment has also been accompanied by a desire to reshape services – and particularly how quickly we can access them.

The government established the first set of waiting time targets for the NHS in England in 2016. They mean the health service should be providing access to talking therapies within 18 weeks and treatment for those experiencing their first episode of psychosis within two weeks for at least half of people.

Northern Ireland, Wales and Scotland all have their own targets too.

But drugs are still the most common form of treatment. The number of medicines dispensed for anxiety, depression, obsessive-compulsive disorder and panic attacks has more than doubled in the past 10 years.

An increase in the numbers of people getting antidepressants is clearly a factor.

But so too is the fact prescribing patterns have changed. Doctors are much more likely to keep people on drugs for longer with evidence suggesting it is a more effective way of treating patients.

But as common as antidepressants are, the fact remains the majority of people with mental illness report they are not getting help.

Only one in three of those polled said they were receiving treatment, according to NHS Digital.

7. More and more people are being detained

With the high rates of non-treatment in mind, it perhaps should not come as a surprise that there is an upwards trend in England in the number of people being detained under the Mental Health Act.

Campaigners say patients in crisis are given just enough treatment to stabilise them before being sent home too early to ease pressure on beds.

What happens then? They suffer another crisis and are detained again. So some people spend years being detained over and over again without ever getting well.

The pressure on the system also manifests itself in long journeys for treatment.

Last year a major report looked at the issue and pointed to thousands of people being sent more than 30 miles for services like acute care, psychiatric intensive care or rehabilitation.

In some rural areas, of course, travelling long distances is not that uncommon for all sorts of care. But that’s not the point, said the report. Far too many people in towns and cities, where services should be easier to access, are affected, and the situation was “unacceptable”.

Everyone knows it’s a problem. Nobody likes it, and it can be massively disruptive for patients and their families. Yet an awful lot of sufferers of mental ill health travel a long, long way to get treatment.

And, according to the British Medical Association, things are getting worse not better.

One patient they found had been sent from Somerset to the Highlands, a journey of 587 miles.

The use of police cells for people in mental health crisis has attracted huge disquiet, not least among officers themselves.

In a rare public statement of concern from a senior police chief, Devon and Cornwall Assistant Chief Constable Paul Netherton tweeted “#unacceptable” when a 16-year-old girl was held for two days in a cell in 2015 because no beds were available.

That caused quite a stir among officers, patients and distraught families who felt that police cells were the last place someone in a health crisis should be held.

But now the use of police cells is down – at least in England and Wales, though figures in Scotland suggest it may have gone up.

But perhaps the most promising development in terms of mental health is the changing attitude towards mental illness. A public campaign called Time to Change was launched in 2009 by leading charities Mind and Rethink.

It has been supported by the lottery and government along the way – and seems to be working.

Latest results from the National Attitudes to Mental Illness Survey, released in May, showed people’s willingness to work, live with and live nearby someone with a mental health problem has been improving in England.

Campaigners have described the progress as wonderful but warn against complacency.

Despite the improvements, nearly nine in 10 people who have had mental health problems report they have suffered stigma and discrimination.

For all the positives, there’s a long way to go, it seems.