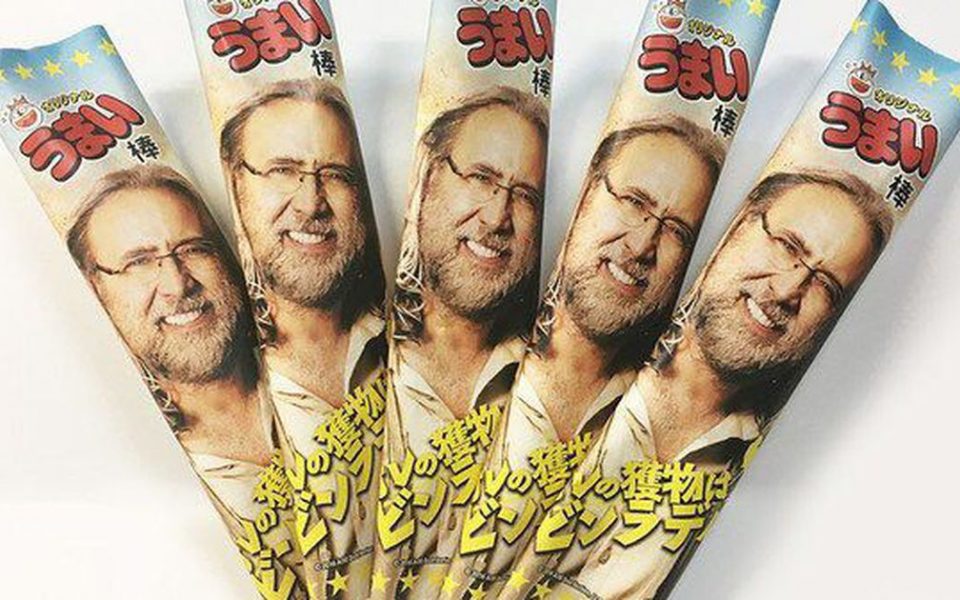 Nicolas Cage has become the “Nicolastick” in Japan, thanks to some creative marketing.

Ahead of December’s release of his 2016 movie, Army of One, in Japanese cinemas, some theatres are offering a limited edition Nicolas Cage corn puff snack that only comes with an advance ticket purchase.

Army of One is only coming out in the Asian country a year after its U.S. debut, and its Japanese title translates more accurately to “Bin Laden is My Prey.”

The cylindrical corn puff snack, called Umaibo, is commonly and cheaply available in Japan, where it typically retails for just 10 yen ($0.08).

Still, marketers thought it was clearly an edge putting Cage’s face on the packaging, given that people in Japan recognise him, after a string of weird Pachinko ads he did in the mid-2000s.

Pachinko is a Japanese pinball-style gambling game, which continues to achieve national levels of obsession.

Cage’s commercials captured some of that pachinko mania, with the Hollywood actor hallucinating about its slot machines, and singing a piano ditty in tribute to it.

WATCH: Watch how we turned the action thriller film ‘Face/Off’ into a spaghetti western