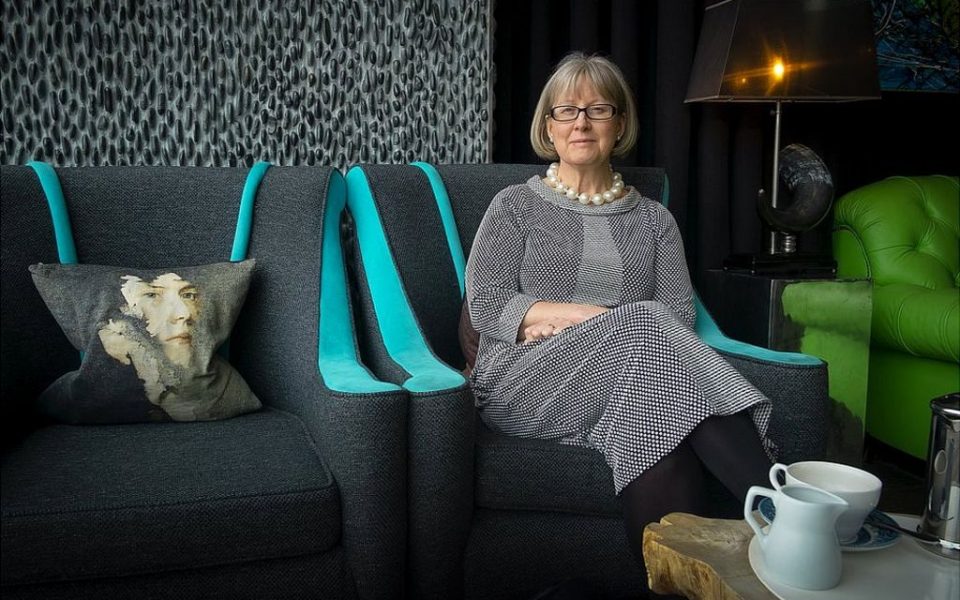 The prison monitor sacked after voicing her concerns – BBC News

She was the watchdog who was accused of causing “embarrassment” by ministers and driven to the depths of despair after voicing concerns about prison monitoring. Then serious rioting erupted at several English prisons. Was Faith Spear right to blow the whistle on the state of England’s jails?

Her fate was sealed with a printed, rather than handwritten, ministerial signature.

Received on a cold morning this January, Faith Spear, the suspended chairman of the Independent Monitoring Board (IMB) at Hollesley Bay in Suffolk, knew what the letter from prisons minister Sam Gyimah would say.

She had, he told her, “repeatedly disclosed classified and other information, often in an inaccurate manner” and had “failed to comply with agreed policies and procedures”.

Her role as chairman was terminated and she was told she could not serve on another IMB for at least five years.

To this day Mrs Spear believes she was punished by a system more interested in controlling its own reputation than listening to grave concerns over the state of prisons.

The spark for the Faith Spear case was an article published by The Prisons Handbook in April 2016 entitled “Whistle-blower without a whistle”.

“I want to speak out,” said Mrs Spear in the article, which named neither individuals nor her own prison. “I am here as the public’s eyes and ears, that is my role, but my voice is silenced.

“Prisons today are starved of resources. When I make the prison aware of issues with prisoners I am made to feel like I’m an irritation to them, but I am not here to irritate the prison process.”

The repercussions were immediate.

A letter was fired off from the HQ of the Independent Monitoring Boards Secretariat – housed in the Ministry of Justice London HQ – to every IMB member in the country.

He warned the Justice Secretary (then Michael Gove) had been alerted and “legal advice” sought.

In less than a year, Mrs Spear would be unmasked, suspended, involved in various hearings and ultimately sacked from her voluntary role as an IMB chairman.

Her experience echoes that of Ray Bewry, who to this day is the only former prisoner (his conviction was eventually quashed) to have served on an IMB.

“Any effective IMB member cannot do their job,” claims Mr Bewry who served for a decade on the IMB at HMP Norwich.

“They want them to do what they are told, and not rock the boat.”

Having revealed she had three years of service and a degree in criminology, the outing of Daisy Mallett was perhaps inevitable.

Sure enough, within days of publication Mrs Spear, a mother of three, was called at home by then vice chairman Christine Smart asking her if she was behind the article.

Mrs Spear confirmed that she was.

And at the April 2016 meeting of her IMB board, Mrs Spear was made to read out a statement confessing to being the author of the offending article.

She was then expected to resign.

“It had already been planned as to how it was going be,” she said. “I was ambushed.”

“Faith just walked on to a minefield,” says Mr Leech, the Thailand-based founder and editor of The Prisons Handbook.

“She should have refused to answer any questions and just move on with her business as chairman.”

Perhaps. But hindsight is a beautiful thing.

“I read my statement then had 50 minutes of every member questioning me, bullying me, taunting me. It was one of the worst experiences I have endured,” Mrs Spear says.

Sent outside for 40 minutes, she was then told her board had unanimously decreed she should “step down as chairman”.

“If I did not, there was an ultimatum,” she said. “They would not work with me.”

So what caused such a revolt?

Mr Leech believes the most likely trigger was that Mrs Spear “criticised the recruitment process”.

This, he said, was tantamount to suggesting some IMB members were not up to the job.

The IMB Secretariat told the BBC it encourages members “to engage in the national debate on prison standards” though it cautioned “this must be a way that does not compromise their independence and draws upon evidence and experience”.

The secretariat would not comment on the “specifics” of Mrs Spear’s case saying “any questions on the termination of an IMB member should be directed to the MoJ press office as these are ministerial appointments”.

Something else happened while Mrs Spear was absent from the boardroom. Nomination forms were created for her successor and a new vice chairman.

Mrs Spear only learned of this because a fellow member broke ranks and sent a chain of emails to her.

One, from Mrs Spear’s predecessor Dr David Smith to the then vice chairman Christine Smart, concerned “nominees for board positions”.

In it, he wrote: “A delicate one, that was devised in the hope or expectation that Faith would resign.

“She has not and if she became aware that nominations had been requested, it would add fuel to the fire.”

“I suppose we could always tear up the nomination forms and pretend it never happened.”

Mr Leech, who was also sent copies of the leaked emails, said: “What we had here were people saying ‘we will just rip it up and pretend it never happened’.”

The BBC approached Dr Smith and Mrs Smart about both the attempt to get Mrs Spear to stand down and the leaked emails.

Dr Smith declined to explain what he intended by his emails to fellow board members.

However, he said an investigation into the matter had concluded that those “complained about had no case to answer as the allegations against them had not been substantiated”.

Mrs Smart too said the matter had been “independently investigated and reported to the minister and a decision taken” adding: “I have nothing further to add.”

The Ministry of Justice was asked whether the nomination forms were a contravention of IMB rules and whether it felt Mrs Spear’s allegations of bullying behaviour against fellow IMB members had been properly investigated. Neither question was answered.

Both Mrs Smart and Dr Smith subsequently resigned from the IMB of Hollesley Bay.

For weeks after that fateful meeting in April, Mrs Spear continued to carry out prison visits at Hollesley Bay.

And at the May 2016 board meeting, she found herself sitting alone.

“There have been some real lows. Seeing the physical and mental impact on Faith in front of me was remarkable.”

During this time, she spoke about her experience to the East Anglian Daily Times (EADT).

In June, she found she had been suspended. A letter from previous prisons minister Andrew Selous cited the EADT article – and not the Prisons Handbook piece – as grounds for the suspension .

The letter told her she was accused of “failing to treat colleagues with respect” and for “acting in a manner which could bring discredit or cause embarrassment to the IMB”.

“It was just astonishing what people had engineered against her,” says Mr Spear. “I have seen her rebound and find her feet and a place to rearticulate the issues she was concerned about.”

Independent Monitoring Boards are “part of the UK’s obligations to the United Nations for independent monitoring of prisons”, says Mr Leech.

“IMBs need to be fit for purpose. They are not. They are groomed to be quiet.”

The Ministry of Justice said: “We value the work of Independent Monitoring Boards which play a vital role in ensuring prisons are places of safety and reform.”

A few months after Mrs Spear was suspended, her worst fears were realised with a string of prison riots at places such as Bedford , Birmingham, Lewes and Swaleside in Kent.

At Bedford, 1m of damage was caused while in Birmingham stairwells were set alight and paper records destroyed during trouble on four wings of the category B prison.

The IMB Secretariat issued a statement on the riots. Its irony was not lost on Mrs Spear.

In it, Mr Thornhill claimed: “IMB members have regularly expressed great frustration that their real concerns about the state of prisons has been largely ignored over the years.”

He spoke of “serious issues” and “staff shortages”, words not too far removed from Mrs Spear’s own warnings that prisons were being “starved of resources”.

And then, in January, she was sacked as IMB chairman.

“The crisis in our prisons has never been as bad as it is now,” says Mr Leech.

“In the case of the Faith, they shot the messenger and they did not read the message.”