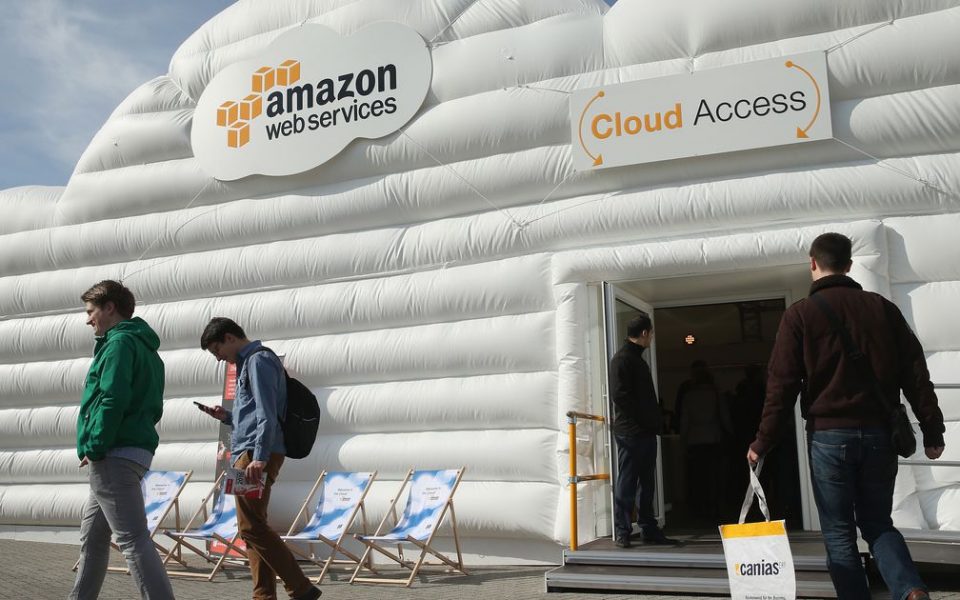 The unsexy source of most of Amazon’s cash

Amazon may swallow up nearly half of every dollar spent on online shopping, but that isn’t what’s fueled its nine-quarter profitability streak.

The real money flows from a northern Virginia server compound from which the company powers Netflix, Slack, Pinterest and thousands of other sites that make up close to half of the web.

SEE ALSO: Jeff Bezos was the world’s richest human for all of 6 hours

Amazon Web Services (AWS) once again lifted the company’s quarterly earnings into the black in an otherwise lukewarm report in which it fell short of Wall Street expectations and recorded a profit dip of nearly 80 percent.

After a decade of funneling any extra cash into expansion, Amazon has been on a tear in the past year with a string of monster profits that’s made it unstoppable on Wall Street. But many of those balance sheets have leaned on the money mint that is its low-cost cloud computing arm.

AWS profits this quarter significantly dwarfed those of the entire rest of the company it made $916 million while the company as a whole made $628 million.

But it seems even AWS’s contribution may not be able to keep Amazon out of the red forever. The company warned analysts today that it could dip back into unprofitability next quarter at the lower end of its income forecast range.

Amazon’s retail operations are of course mind-bogglingly massive, but it’s generally a low-margin business and the company has had to take sales losses as it expands overseas.

E-commerce sales still grew this quarter, perhaps thanks to high-profile deals with Nike and Sears’ Kenmore appliances and its $13.7 billion merger with Whole Foods.

And Amazon continues to plow money into an ever-expanding laundry list of consumer markets as well as distribution infrastructure that helps it move its products more efficiently.

Even as it churns out money to support these efforts, AWS’s growth rate has been declining gradually for the last two years.

Wall Street has proven in the past to be exceptionally patient with Amazon’s head-long growth at the expense of profits. Hopefully for Amazon, it hasn’t spoiled them with its new norm.