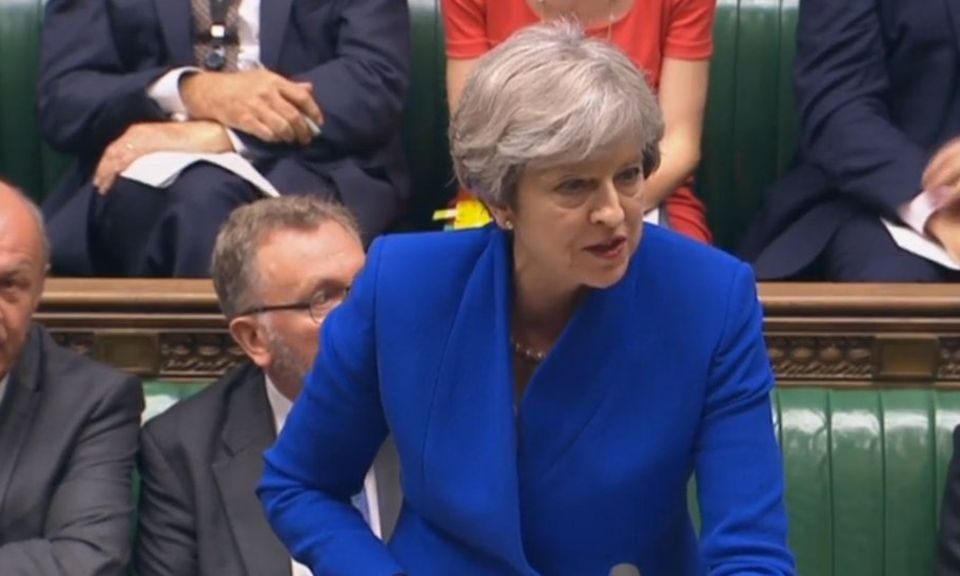 A group of MPs have written to PM Theresa May asking her to intervene in the case of 14 Saudi prisoners believed to be facing imminent execution.

The MPs say they are “gravely concerned” UK police training of Saudi agents may have directly enabled the arrests under anti-cyber crime law.

The human rights group Reprieve says at least two of the prisoners were children when they were arrested.

Former Labour leader Ed Miliband was one of three MPs who signed the letter.

It asks the prime minister to “personally urge” Saudi Arabia’s King Salman and his son, Crown Prince bin Salman, to halt the executions.

“We also ask that you take urgent steps to confirm that UK assistance played no role in these individuals’ conviction under Saudi Arabia’s anti-cyber crime law,” it continues.

The letter, also signed by Conservative MP Andrew Mitchell and Lib Dem MP Tom Brake, calls for a “full account to Parliament of any and all UK training for Saudi police and criminal justice institutions”.

Reprieve has expressed concern that British police trainers sent to Saudi Arabia may have been complicit in the arrest of the suspects, who were then allegedly tortured into confessions.

The prisoners, according to the charity, include a disabled man and a student who was arrested, aged 17, on his way to study in the United States.

Human Rights Watch and Amnesty International said the men confessed to crimes under torture and were put on death row after more than two-and-a-half years of pre-trial detention.

The Saudi authorities have faced frequent criticism for a lack of transparency in their justice system but have always insisted that criminal cases are carried out in strict accordance to Sharia law.

Mr Brake, the Lib Dem foreign affairs spokesman, raised concerns about the situation of the 14 men in an urgent question in the Commons earlier this week.

He called for the UK to stop any assistance offered to Saudi Arabia that could contribute to the arrest of dissidents and to condemn the use of the death penalty in such cases.

Foreign Office minister Alistair Burt responded by saying the government had “sketchy” reports and was seeking clarity in Riyadh and London.

Mr Burt added: “The UK government opposes the use of the death penalty in all circumstances and in every country including Saudi Arabia, especially for crimes other than the most serious and for juveniles.”

Maya Foa, director of Reprieve, said: “Minister Burt is right to make clear the UK’s opposition to the brutal death penalty in Saudi Arabia, but his words stand in stark contrast to the deafening silence from Theresa May on this issue.

The BBC has asked the Saudi Embassy for a response.