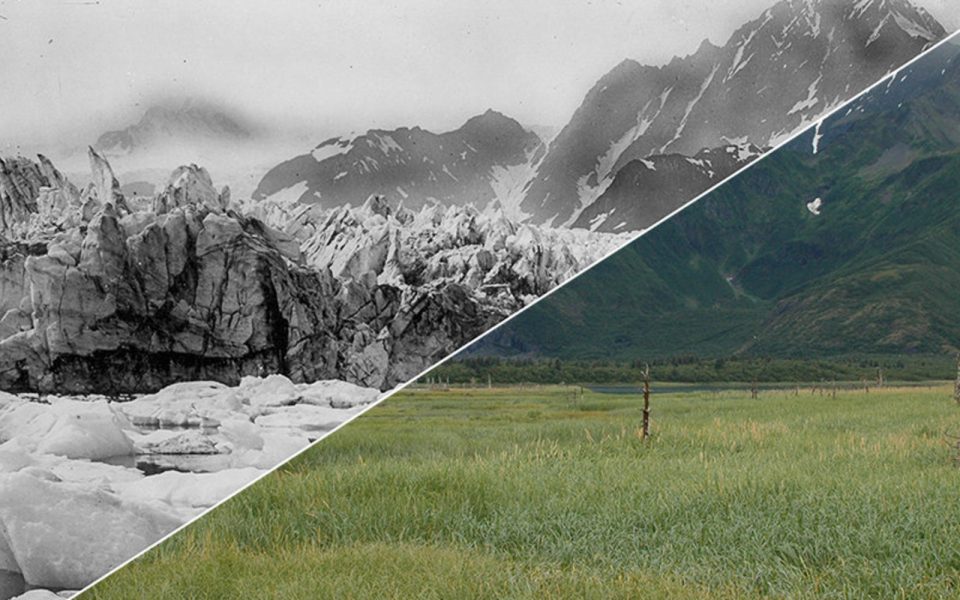 WASHINGTON As the Trump administration and numerousU.S. lawmakers, primarily conservatives, downplay the threat of climate change and take aim at policies to combat it, researchers are documenting undeniable transformations around the globe.

A United Nations-backed study published in January, for example, concluded that unless we take swift action to curb greenhouse gas emissions,coral bleaching events like the one that resulted in a major die-off atAustralias Great Barrier Reef will soon decimate nearly all of the worlds coral reefs.

And just last week, the U.S. Geological Survey and Portland State University released data showing the dramatic melting of glaciers in Montana. Since 1966, climate change has reduced the size of 39 glaciers, some by as much as 85 percent.

Earlier this year, NASA published Images of Change, a gallery of more than 100 startling before and after pictures most taken from space that show our planet in a state of flux. The photos capture everything from natural disasters to urban growth and volcanic eruptions. Here, weve selected images that specifically show how climate change is affecting landscapes in different parts of the world.

The image below shows Glacier National Park in August 1984 (left), compared to August 2015 (right).In 1850, the area contained roughly 150 glaciers, compared to just 25 today, many mere remnants of what they once were, according to the National Park Service.If the current rate of warming continues, Glacier could be free of the features for which it is named by 2030.

On average,the worlds glaciers are losing ice at three times the rate lost in the 1980s, according to a 2015 study. And roughly 69 percent of the rapid melting of Earths glaciers can be linked to human activity, including the burning of fossil fuels, a 2014 report found.

Below are images ofNeumayer Glacier, on South Georgia Island in the southern Atlantic, in January 2005 (left), and in September 2016 (right). Since 2000, Neumayer has retreated more than 2.5 miles.

The images below show Pedersen Glacier, in southern Alaska, sometime between the mid-1920s and the early 1940s (left), and in August 2005 (right). In that 60- to 80-year period, the glaciers terminus retreated more than 1.2 miles.

Below are images of Northwestern Glacier, in southern Alaska, sometime between the mid-1920s and the early 1940s (left), compared to August 2005 (right). During that 60- to 80-year period, the glaciers terminus retreated more than 6.2 miles.

Climate change, driven by greenhouse gas emissions, has also triggeredaccelerated melting in Antarcticaand caused the Arctic to warm faster than any other region on Earth.

The image below shows the Bellinghausen Coast, in western Antarctica,in February 1975 (left) and again in March 2015 (right). Over the last four decades, West Antarcticas coastline has lost about 390 square milesof ice, according to a study last year led by researchers at the University of Edinburgh.

The graphic below shows the decline in Arctic sea ice between September 1984 (left) and September 2016 (right). Over that 32-year period, the area covered by ice at least four years old has plummeted from 718,000 square miles to 42,000 square miles.

See the rest of NASAs Images of Change here.