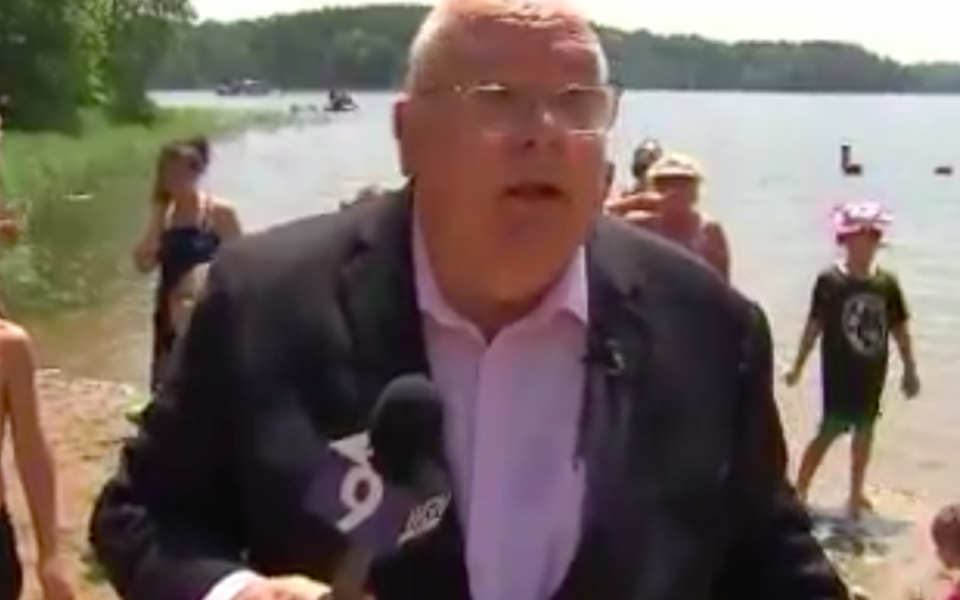 Monday’s total solar eclipse was akin to a meteorologist’s Super Bowl a fact that was certainly not lost on one Chicago weatherman.

Tom Skilling, chief meteorologist for WGN-TV, travelled to Carbondale, Ill. to view the solar eclipse in its path of totality, (his first solar eclipse, btw) and his reaction was truly precious.

TEARS OF JOY: Tom Skilling got a little emotional during his cover of the eclipse. We feel you, Tom. @Skilling #SolarEclipse2017 pic.twitter.com/T18DvLw1SG

“I’ll get my act together guys,” a choked up Skilling told viewers through tears.

He even hugged and high-fived fellow eclipse watchers, and led a chorus of “Here Comes the Sun.”

If that doesn’t melt your ice cold heart, honestly nothing will.

Twitter loved the meteorologist’s pure reaction so much, he was even trending Monday.

Only thing better than an eclipse is Tom Skilling during an eclipse https://t.co/zz5VprtEUW

You and I will never love anything as much as Tom Skilling loves the weather.

Get you a weather man that cries over a solar eclipse. Love you Tom Skilling

There is so sweeter bond than the one between a boy and his eclipse.
Tom Skilling & #solareclipse2017 BFF. https://t.co/UkVerqsuCU

Love yourself as much as Tom Skilling loves the eclipse. https://t.co/SsnlqMdy1h

Tom Skilling is the only meteorologist I trust and he must be protected at all costs https://t.co/Fy69i25Bmh

I feel like this is the day Tom Skilling has been training for his whole life.

Skilling told fellow Carbondale eclipse watchers he would be back for the next one in 2024. Here’s hoping Skilling’s reaction will be equally as priceless.

WATCH: We won’t always have total solar eclipses in the future. Here’s why