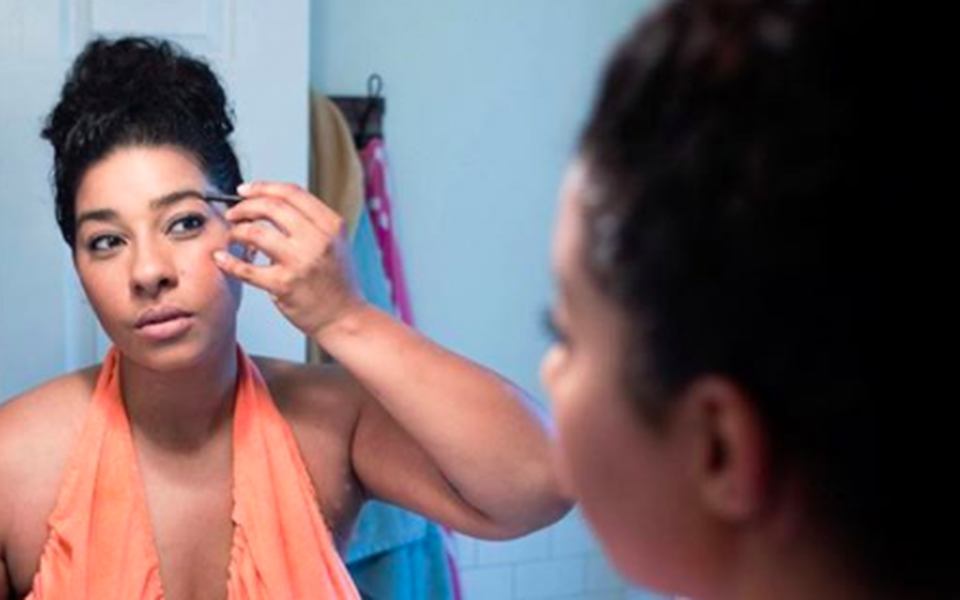 Towels are essentially boob hammocks for all your underboob sweat needs

The sweltering summer sweat-fest is upon us. And, for many people among us, that means one thing: underboob sweat. Nice.

But, someone’s invented a towel specifically for your underboob sweat and it’s essentially a boob hammock.

Erin Robertson invented Ta-Ta Towels after she couldn’t stop sweating while getting ready to go out on a first date.

Perfect for getting ready for work or a night out! The struggle against boob sweat is REAL and the #TaTaTowel is the solution!

“I tried everything: I tucked wash cloths under my breasts, I tried dumping baby powder all over me, I even put a T-shirt on and tucked it under my boobs,” reads a blog by Robertson.

“While I was blow-drying my hair, I just kept thinking: ‘There HAS to be a better way to keep the beads of sweat from dripping down my stomach,'” Robertson continues.

Robertson had an idea: create a towel just for your boobs. She taught herself to sew using YouTube tutorials, created several prototype towels and handed them out to friends to try.

Limited Edition to the Ta-Ta Towel club! Get it now while you still can at, www.tatatowel.com

“To my wonderful surprise, what I thought was just a solution to boob sweat turned out to help other women in so many different ways,” Robertson wrote. Friends of hers told her the towel helped with a rash caused by moisture buildup.

According to Robertson, pregnant women and breastfeeding mothers have found the towels super useful because the lining was made with “sensitive nipples in mind” and absorbs breast milk that leaks out during feeding.

Getting a relaxing start to this #weekend in the green reversible #TaTaTowel loungewear.

Of course, this genius invention is going down a storm on social media.

One woman dubbed the towel a “boobie holster.”

Ladies…..all imma say is ta ta towels are genius. Look it up! #boobieholster

And, many are 100 percent here for these towels.

These #Tatatowels may sound like a joke but honestly, this is something I can % get behind. pic.twitter.com/BaiMABjF7W

They’re basically the answer to all our prayers right now.

WATCH: This clock is actually a human face