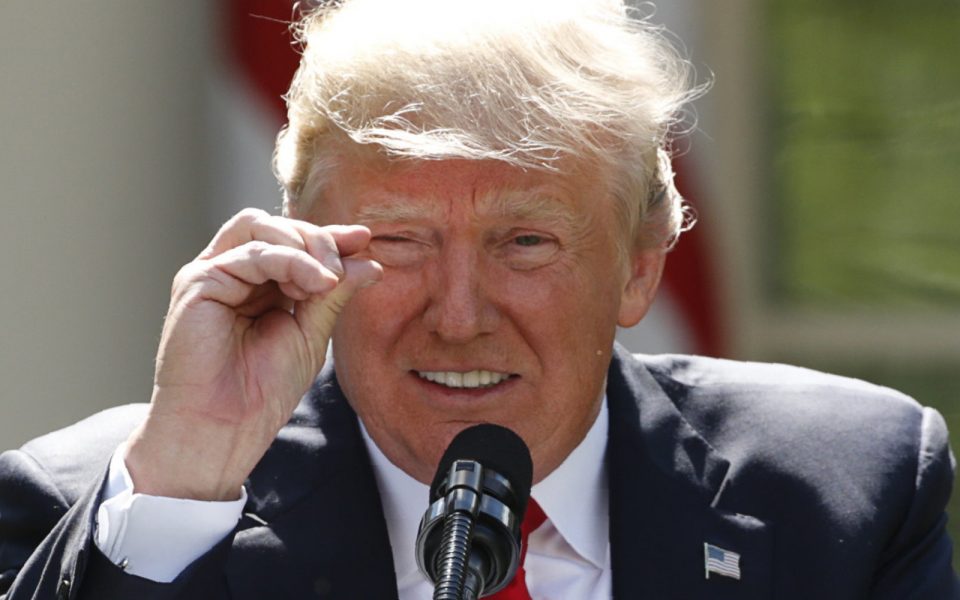 President Donald Trump cited some scary numbers on Thursday to show how bad he thinks the Paris Agreement would be for Americans and thus why hes pulling the U.S. out.

But the findings that Trump,members of his administration and conservative media outlets have seized upon to justify exiting the climate deal tend to come from a few outlier studies.One in particular,a 2016 Heritage Foundation reporton the Paris Agreement, has drawn criticism from economic and environmental experts for its misleading conclusions.

Trump pulled a very eye-catching number from the Heritage study on Thursday.The foundation pointed out that if the U.S. eliminated all its carbon dioxide emissions, the resulting reduction in global temperatures would be less than two-tenths of a degree Celsius by the year 2100.

But the Paris Agreement doesnt involve the United States alone, as theWorld Resources Institute pointed out in March. It is a worldwide pact among 195 countries at all levels of development.

This claim by Heritage ignores 194 of these countries, the institute wrote in evaluating the Heritage study. No one has suggested that the United States acting alone (or industrialized nations alone, which Heritage also mentions) would shift the direction of global temperatures.

If all industrialized nations ended their carbon dioxide emissions, the Heritage study estimated that global temperatures would drop by about four-tenths of a degree Celsius.

The Heritage Foundation played a key role in shaping Trumps transition team, according to Politico, and has long had close ties to Republican presidents. Watchdog groups say it receives significant funding from the Koch brothers and Exxon Mobil, the latter of which actually wanted the U.S. to stay in the Paris accord.

In his speech Thursday, Trump also managed to cite the misleading two-tenths figure incorrectly. He claimed it was the expected reduction in temperature if all participating countries not just the United States held up their ends of the agreement.

Never mind that the Paris Agreement isnt even intended to lower global temperatures. It aims to prevent temperatures from risingby 2 degrees Celsius, which scientists say might stop the most destructive and irreversible effects of climate change.

In another deceiving use of numbers, the Heritage study said the Paris Agreement would lower U.S. gross domestic product by a total of $2.5 trillion over the next 20 years. (Trump cited this one wrong too, albeit during an April rally when he said it would take only10 years.)

FactCheck.org, a project of the Annenberg Public Policy Center, went after this claimin May. Resource economist Roberton Williams explained that while the bottom-line estimate is reasonable, it is expressed in a misleading way.

The standard, he said, is to express lost GDP as a percentage of total GDP. So the foundations total amount $2.5 trillion in lost GDP by 2035 would be equivalent to a 0.55 percent decrease on average in the total GDP per year, he calculated. Williams also emphasized that the annual 0.55 percent reduction in total GDP is not to be confused with a 0.55 percent drop in the realGDP growth rate, which was 1.6 percent in 2016.The total U.S. GDP was $18.6 trillionin 2016.

As the World Resources Institute also pointed out, $2.5 trillion is a tiny sliver of the U.S. GDP over 20 years especially for an investment in the planets future, which extends far beyond the next two decades.

Equally important, both Trump and the Heritage study disregard what so many other reports have found: Investing money in renewable energy and implementing carbon taxes will ultimately save money.

In recent years, at least 35 countries, including the United States, have upped their GDP while simultaneously reducing carbon emissions, according to the Brookings Institute. Between 2000 and 2014, more than 30 U.S. states did the same.

While coal industry jobs are not coming back, the Bureau of Labor Statistics anticipates thatwind turbine service technicianwill be the fastest growing career between now and 2024, and that the number of jobs in the solar industry is growing17 times faster than the U.S. economy as a whole.

The costs of sitting on our hands and letting climate change continue its course are uncountable.