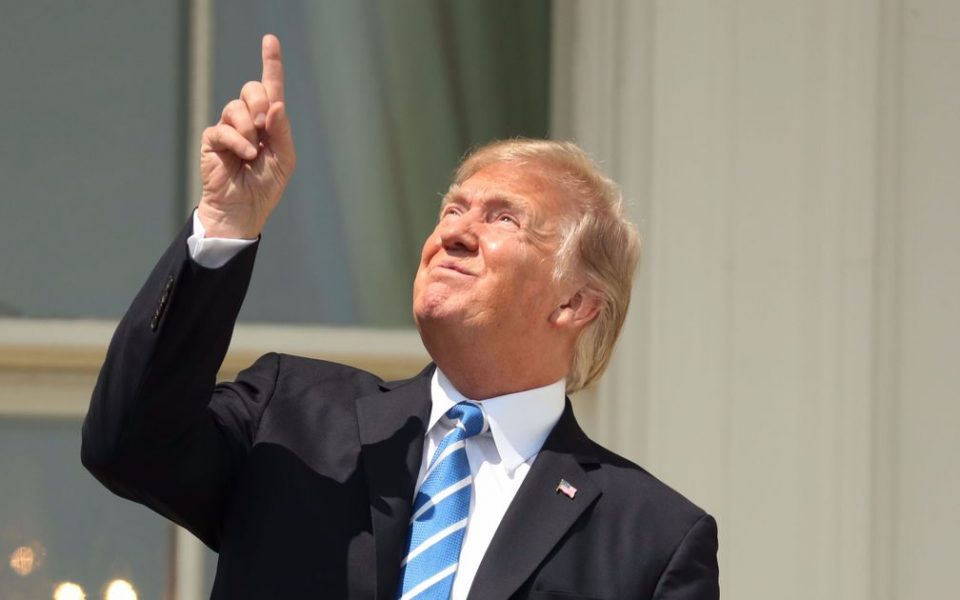 Trump stared into the sun with no glasses and are you really surprised?

Yo, shit's bright up there.
Image: AP/REX/Shutterstock

File this under: things you definitely should NOT do.

Just about the first thing Donald Trump did when he walked out of the White House on Monday afternoon was look straight at the burning orb in the sky, no glasses, and point at it like, “y’all know that’s the sun up there? Shit.”

SEE ALSO: Donald Trumps teleprompter is back from vacation to denounce racism

Donald did, in fact, pull out his special glasses to have a more lengthy look later, but it’s still funny.

No one should really be surprised that Trump gazed unprotected at the sun, and in fact a lot of people predicted he’d do exactly that.

Before long the gaffe was making front pages.

A White House aide in the crowd below shouted Dont look! right as @POTUS looked.

Maybe Fox News didn’t have any “don’t look at the eclipse without your glasses” segments, I dunno.