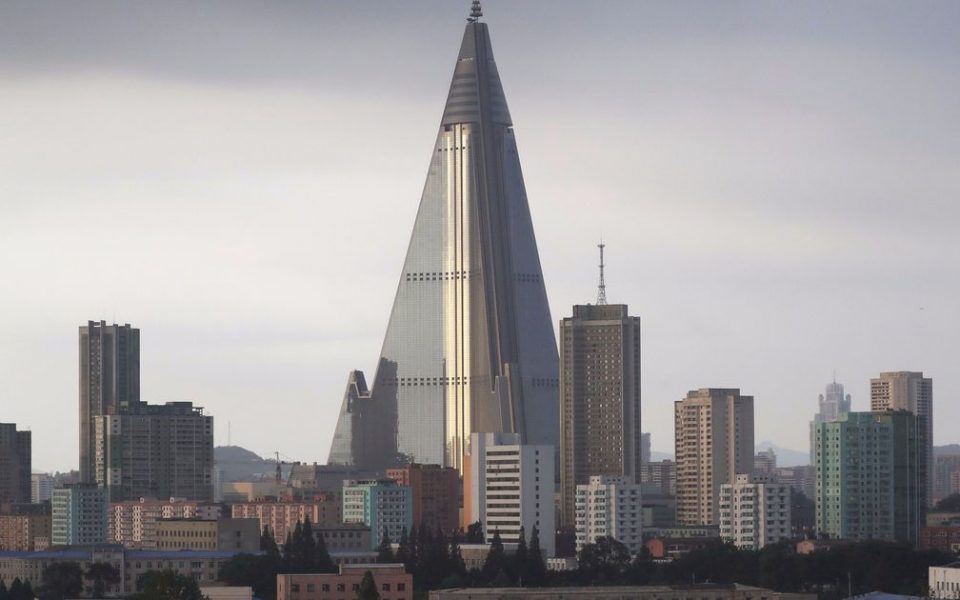 The sky is overcast at the end of a work day, in Pyongyang, North Korea, where the 105-story pyramid-shaped Ryugyong Hotel is seen in this photograph towering over residential apartments.
Image: AP/REX/Shutterstock

The administration of President Donald Trump may have done something that people on all sides of the political spectrum agree on: American tourists will soon no longer be able to set foot in North Korea.

The State Department issued the new North Korea policy nearly one month to the day after the death of Otto Warmbier, an American citizen who was detained in North Korea for around 18 months before being released in a coma. He died soon after returning to the U.S., and he had evidently been brutalized by North Korean officials while he was detained.

SEE ALSO: Trump wants China to put a ‘heavy move’ on North Korea, whatever that means

A more official announcement of the new policy is expected next week.

.@statedeptspox: Due to safety and security concerns, Secretary Tillerson has authorized a Geographical Travel Restriction for #NorthKorea.

.@statedeptspox: US citizens seeking to travel to #NorthKorea for humanitarian or other purposes may apply for a special validation passport

Once the new policy is formally announced, U.S. citizens will be allowed to use their passports to travel to North Korea for 30 more days, after which any citizens who want to visit North Korea “for humanitarian or other purposes” will have to get a special license.

Tourists, however, will not be granted such a license.

The company allegedly fostered an atmosphere of drinking and partying during tours of North Korea and didn’t educate their travelers about the risks involved. Though the company said in a statement that it had never before had incidents comparable to Warmbier’s fate, a former tour member wrote in The Guardian that the young travelers were often a step away from being locked up. Warmbier was imprisoned for allegedly trying to steal a propaganda poster, while the author of The Guardian article was on a tour bus in North Korea that was pulled over after officials thought someone onboard had stolen a towel. Warmbier was imprisoned well over a year, but Young Pioneer Tours didn’t officially stop bringing U.S. citizens there until he died.

House representatives Adam Schiff and Joe Wilson, respectively a Democrat and Republican, had previously proposed a similar block of U.S. tourists looking to travel to North Korea, indicating this move from the State Department will receive bipartisan approval.

Three Americans still remain prisoners in North Korea, though none of them was a tourist at the time of their imprisonment.

WATCH: Chimp smokes a pack of cigarettes a day at North Korean zoo