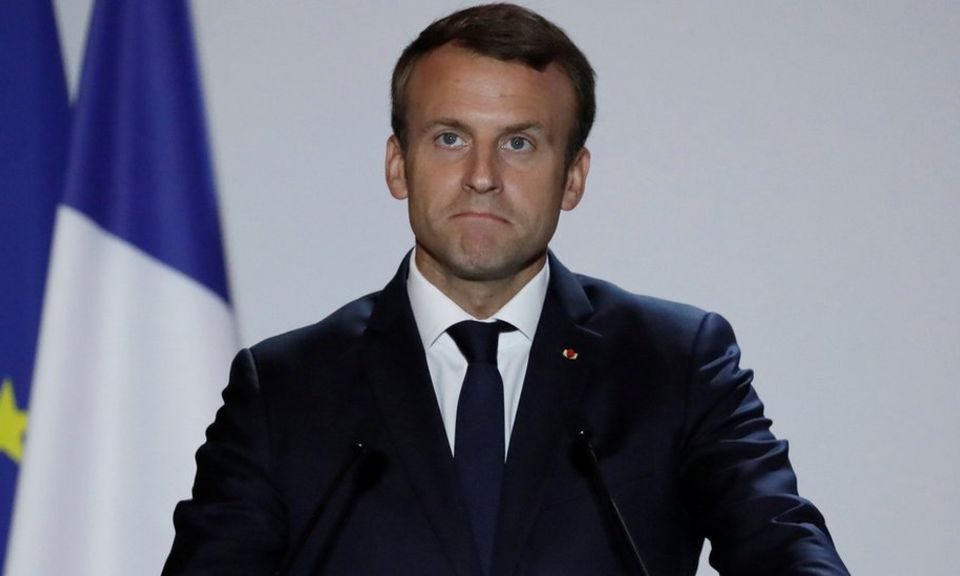 The UK must provide more clarity about its negotiating position on Brexit, the French president has said.

Emmanuel Macron said the issues of EU citizens’ rights, the exit bill and the Irish border question must be settled before talks could be held on trade.

On Friday, Theresa May made suggestions including a two-year transition period after Brexit, and that the UK pay the EU for “commitments” previously made.

She hoped this offer, made in a speech in Italy, would unblock Brexit talks.

In the first response by a European leader to the speech, Mr Macron welcomed her initiative, but said the British position still needed to be fleshed out.

“Before we move forward, we wish to clarify the issue of the regulation of European citizens, the financial terms of the exit and the question of Ireland,” he said.

“If those three points are not clarified, then we cannot move forward on the rest.”

EU migrants would still be able to live and work in the UK but they would have to register with the authorities, under her proposals.

And she said the UK would pay into the EU budget for decisions made while it was a member, so other member states were not left out of pocket.

‘We have not left’

She did not specify how much the UK would be prepared to pay during the transition period, but it has been estimated as being at least 20bn euros (about £18bn).

In Germany, the ruling CDU’s European spokesman Michael Stuebgen said Mrs May’s speech would not provide the “new dynamism” needed as details had not been fleshed out.

And the head of the country’s small and medium business association said her speech was a “wasted opportunity”.

But former Brexit minister Lord Bridges, who resigned from the department in June, said Britain needed to be ready for the scenario where the country crashed out of the EU without a deal.

“What will happen at customs, data, aviation, energy, law? The list goes on and on. I would urge the government to not be too coy about this,” he told BBC Radio 4’s Today programme.

If the EU senses the UK is not ready to leave without a deal, it would be “captured” at the negotiating table, he said.

Backbench MP Jacob Rees-Mogg criticised the PM’s stance on freedom of movement until March 2019, offering the union money, and the role of the European Courts of Justice on Britain.

In her speech, the prime minister suggested there should be a new security agreement and a new model for trade

She said the UK and EU would continue to work together on long-term economic projects and the UK would want to contribute to costs.

When the two-year transition period was up, the UK and EU could move towards a new “deep and special partnership,” she said.

By March 2019, neither the UK or EU would be ready to “smoothly” implement new arrangements, Mrs May said, so she suggested current trade terms should remain in place.

That would last until new systems were set up.

It’s been pretty well established in Whitehall for many months – the most eager Brexiteers who wanted short, sharp exit lost that battle some time ago.

Her acknowledgment of that pulls against her repeated insistence in the election that the public just want politicians to “get on with it”.

And there were new nuggets of information that will influence the talks.

Mrs May said she hoped to build a “comprehensive and ambitious” new economic partnership with the EU in the long-term.

She reassured EU citizens in the UK that “we want you to stay, we value you” and said she wanted UK courts to take account of rulings by the European Court of Justice.

The EU’s chief Brexit negotiator Michel Barnier described the speech as “constructive” and said the prime minister had shown “a willingness to move forward”.

But he said statements must now be translated into a precise negotiating position of the UK government.

And he said he would look at the implications of the UK’s pledge that no member state would have to pay more as a result of Brexit.

Labour Leader Jeremy Corbyn acknowledged a transition was needed to provide stability for businesses and workers.

Mr Barnier meets Brexit Secretary David Davis for a fourth round of talks on Monday.