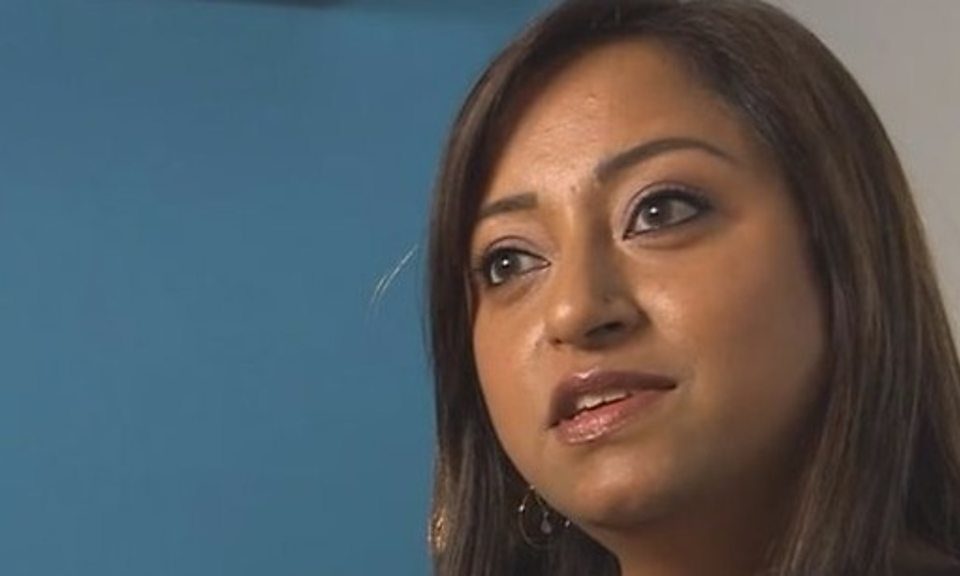 A number of UK women from South Asian backgrounds who have cancer hide it because of a perceived stigma about the disease, the BBC has learned.

One woman chose to “suffer on [her] own” through chemotherapy for fear of her family’s reaction, and questioned whether God was punishing her.

In one case a woman sought treatment only when her breast was rotten. She later died as the cancer had spread.

Pravina Patel, who told the BBC’s Victoria Derbyshire programme about her own experience, stumbled upon a lump in her breast when she was 36.

She grew up in a strict Indian community where even talking about the disease was considered shameful. When she was diagnosed, she decided to hide it.

“I just thought if people hear the fact that I’ve got cancer, they’re going to think it’s a death sentence,” she said.

She remembered worrying that people would say she had lived a “bad life” and God was punishing her for it.

Ms Patel continued to keep the disease a secret when seeking treatment, saying she felt “extremely lonely” during chemotherapy.

“I was going through chemo sessions on my own… I had some very dark days,” she explained.

Pooja Saini, the lead researcher at CLAHRC North-West Coast, a research arm of the NHS that looks into health inequalities, said her own review into the issue “really surprised” her.

“Some women went to the extent of not even having treatment because, if they went, people would know as they’d lose their hair,” she explained.

She added others “feared it might affect their children because no-one would want to marry them”.

It is difficult to say how widespread the problem was, because little information has been collected on ethnicity and mortality.

But in 2014, research from Bridgewater NHS found Asian women between 15 and 64 years old had a significantly reduced survival rate for breast cancer of three years.

Ms Saini said her research suggests the influence of men in the family and elders in the wider community may be contributing to the issue.

Ms Patel said there was a reluctance for women to go for a smear test because they did not want to be “defiled” or be considered “no longer pure”.

She has now completed her chemotherapy and is in remission.

Ms Patel and her husband got divorced during her treatment – something she says was partly because of cultural expectations about how a wife should be.

Some experts are concerned that women are suffering unnecessarily.

National screening statistics show people from ethnic minority communities do not go for screening as much as their white counterparts.

Madhu Agarwal, a cancer support manager who has worked in the field of cancer for more than 30 years, fears this is leading to South Asian women dying unnecessarily.

“Because of the ignorance of not presenting early, not examining the breasts… the disease has already spread [when they do seek help] and it’s very difficult to manage it with treatment.

“Then the mortality is high, so there is a stigma attached – that when you get cancer you’re going to die.”

She said one of her patients had come for treatment so late that her breast was “fungating” and “rotten”.

She recalled: “It was smelling so much that you couldn’t even sit next to it.”

The woman – who had young children – died because the cancer had by then spread to other parts of her body, Ms Agarwal explained.

The Victoria Derbyshire programme has heard several other accounts of the effects the stigma surrounding cancer can have.

Samina Hussain said one of her family told her to wear hijab to hide her cancer, saying “you can cover this up now”.

Iyna Butt said her aunt refused chemotherapy as she felt “God had given [cancer] to her”.

Ms Saini is now calling for more data on screening uptake by ethnicity to be recorded, so findings can be used to provide more tailored support to communities.

“We’ve got every reason to believe that will help save women from [South] Asian backgrounds’ lives as well as others from deprived backgrounds,” she said.