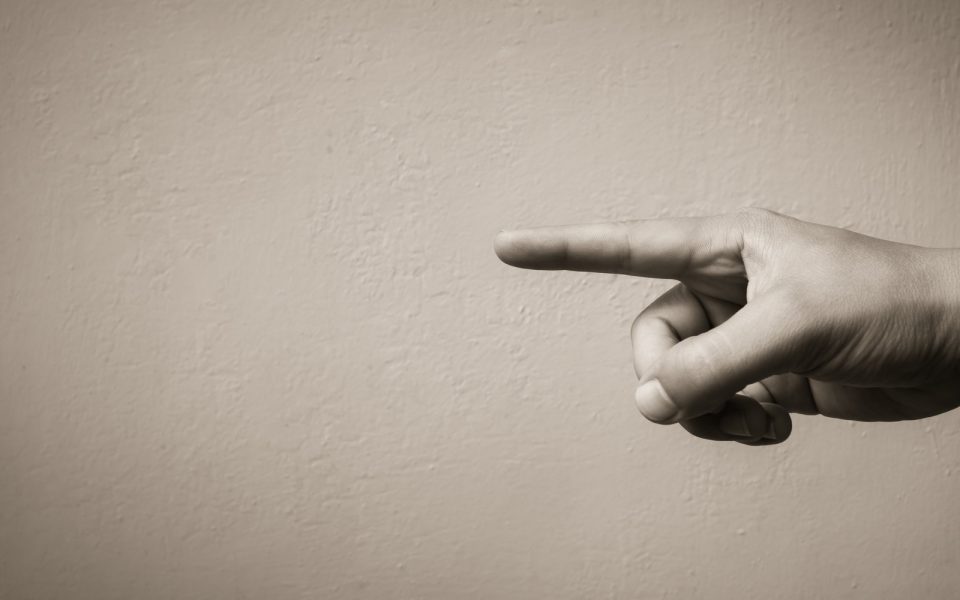 United Airlines, David Dao, And The Way We Blame

Some years ago I was walking by Croke Park stadium in Dublin immediately after the close of the All-Ireland Hurling Final, in which County Tipperary defeated County Galway. Amidst the sea of jubilant Tipperary supporters in yellow floated disconsolate knots of Galway fans in maroon, and one of these passed close by me, its members grimly silent until one gave name to the depth and nature of their despair: Its so bloody predictable; I cant believe it happened.

There are some misfortunes that seem so inevitable that their occurrence is a surprise on two levels that nothing was done to prevent what happened, and, perversely, that it did not happen sooner. A sports disappointment, however it may feel in the moment, is a trivial but illustrative example; another instance, far more serious, is the violent ejection of Dr. David Dao from a United Airlines flight after he declined to give up his seat so that United personnel could take it, and, in particular, what an element of the public response reveals about how people take sides in disputes.

Daos forcible eviction from his seat was not so much a genuine aberration as a grotesque exaggeration of existing phenomena overbooking and overselling (neither of which, it should be noted, apply to the flight in question), nebulous rules for denying passengers service, and the general deterioration of the customer experience over years were bound to converge into an ugly incident at some point (though it would have taken a gifted seer indeed to anticipate a passenger badly bloodied while being dragged from a seat for which he had paid and had already occupied.) It is simultaneously surprisingly and sadly predictable.

Equally predictable and perhaps more instructive is a particular element of the public response, one that seeks to excuse or vindicate United Airlines and is prepared to indict Dao in order to do it. While the broad public response has been condemnatory of United Airlines, the airline has its share of apologists and defenders. The first and broadest line of defense are variations on the theme of What else was United supposed to do?, as if calling the police to clean up by physical force what was essentially a corporate scheduling error was the only available option (as opposed to, say, raising the offer of compensation for volunteers to take a later flight, or flying their personnel on a different plane.)

The second line of defense is narrower, because it requires time and some degree of investigative skill: smearing Dao, himself. A few media outlets found themselves up to the task, starting with the Louisville Courier-Journal, which had, at least, the (painfully thin) excuse that Dao is a local figure to justify an article on Daos legal history from more than a decade ago. Other publications lacked even that pretext, and proceeded anyway. That Daos legal history, much less his career as a poker player, are irrelevant to the incident at hand should go without saying.

Even in this seemingly indisputable set of circumstances, the victim found critics — unbelievably, and yet predictably.

These defenses of United are not just unsupportable, they are unsettling. They reveal in their users a fundamental refusal, or inability, to comprehend someone elses perspective, and a need to fortify their belief in a world in which something bad can happen to another person only if that person has done something to deserve it.

For some, a refusal to comply with an order given by an airline (ponder for a moment the absurdity of those words outside of any context other than the prevention or management of an aviation emergency) is sufficient reason to be beaten bloody; for others, Dao must be shown to have been in some other, more personal way deserving of pain and judgment, even if that justification is a decade old and totally irrelevant.

That urge to explain misfortune by finding fault with the unfortunate (almost certainly a relic of white Americas puritan roots, among other things) is hardly limited to cases like this; it occurs across a range of issues, and often follows a similar pattern, with an indictment of the victims conduct in the incident in question, followed by a deeper investigation into their past.

This grim two-step is especially familiar in instances of police violence against ethnic minorities (the shooting of Michael Brown comes particularly to mind, with his actions on the day examined in microscopic detail while his past led to the infamous no angel article in the New York Times); it is probably not a coincidence that we find it now in a case where the man subjected to unwarranted violence by law enforcement, in this case to preserve the convenience of United Airlines, belongs to an ethnic minority.

But this phenomenon also occurs on broader issues of public policy; during the recent debate on health care, Rep. Jason Chaffetz admonished Americans that they may have to choose between getting an iPhone and having health insurance, with the clear implication that people who find themselves without adequate health care do so through their own improvidence, and not because of a health care system that produces medical-debt-related bankruptcies with such frequency and regularity that a casual observer might think that the sole reason for its existence.

These are not majority positions, but if this tendency in public discourse is narrow, the Dao incident shows that it is deep. An airline appealed to law enforcement to forcibly evict a man from a seat for which he had paid, with no justification beyond the airlines financial and logistical convenience. And yet, even in this seemingly indisputable set of circumstances, the victim found critics unbelievably, and yet predictably.