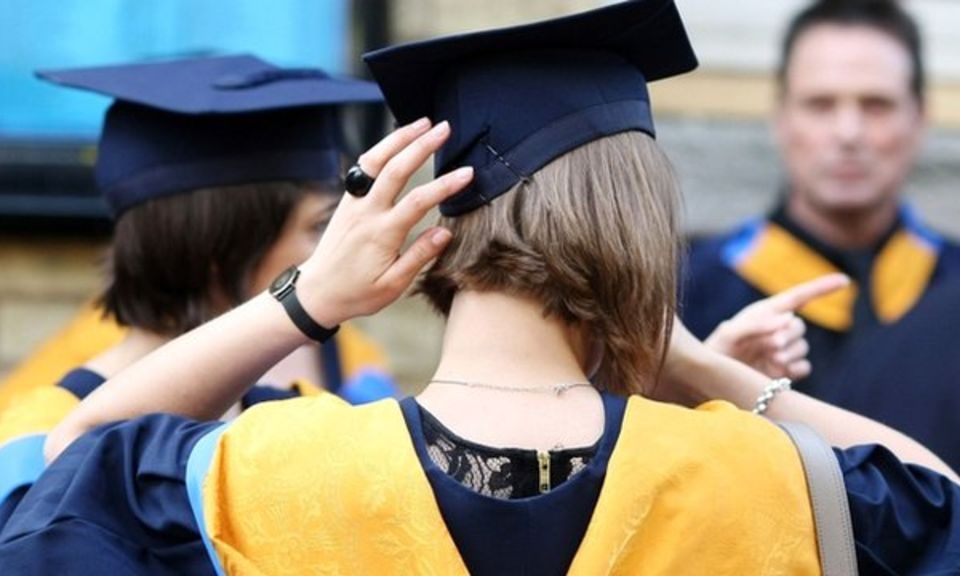 The proportion of top degree grades being awarded by UK universities has soared – with some universities giving first-class degrees to more than a third of their students.

The University of Surrey awarded a first-class degree to 41% of students last year, more than doubling the proportion five years ago.

And firsts awarded at the University of East Anglia have almost trebled to 37%.

Among the prestigious Russell Group of universities more than a quarter of students received a first-class degree.

The Press Association survey, analysing figures for 2015-16 from the Higher Education Statistics Agency (HESA), indicates it is now more common to graduate with a first-class degree than a lower second (2:2) grade – with 24% getting a first last year, compared with 21% getting a lower second. The most widely awarded degree was an upper second (2:1), received by about 51%.

The figures from HESA go back only as far as 1994 – but they show the proportion of firsts has more than trebled in the past two decades.

Among the 148 universities with comparable data, only a handful saw fewer first-class degrees last year than five years previously, with a number having doubled or trebled the proportion awarded.

Among specialist institutions, such as in the creative arts, proportions of firsts could be even higher – such as 64% of students getting firsts at the Royal Academy of Music.

“There are people who think the system isn’t as robust as it might be,” said Nick Hillman, head of the Higher Education Policy Institute.

“It can all be a bit bit cosy – you ask someone you know to be an external examiner.”

Universities are their own degree-awarding bodies, so can decide their own levels of degree grades.

“A comparison would be if schools could decide how many A grades to give in A-levels – it’s a big incentive for grade inflation,” said Mr Hillman.

Prof Smithers, of the University of Buckingham, said unlike with national exams such as GCSEs and A-levels, universities were “free to award as many firsts as they like”.

“They have every incentive to do so,” he said.

“Students like to have top-class degrees and may choose universities on that basis.”

“If every other university is doing it, you don’t want to get left behind,” he said.

But it meant that it was difficult for employers to interpret the value and that “an upper-second has almost become the pass grade”.

Universities are competing for students and their tuition fees, rising to 9,250, and there have been suggestions that more higher top degrees will be an incentive for applicants.

First-class degrees will be an advantage for future job opportunities – and some companies recruit only from graduates with an upper second or above.

But there have also been arguments that rising degree grades reflect the improved A-level grades of those entering university and a more focused attention to studying.

Prof Jane Powell, the university’s vice-provost, said it “reflects a combination of national trends and the University of Surrey’s concentrated focus on enhancing all aspects of our educational provision”.

“It is very pleasing to see this high level of commitment by both staff and students translating into excellent degree results, the rigorous standards of which are confirmed by external independent assurance processes.”

Imperial College has the highest proportion of firsts among mainstream universities.

A spokeswoman said this reflected the very high entry grades required to get a place at such a top-ranking institution.