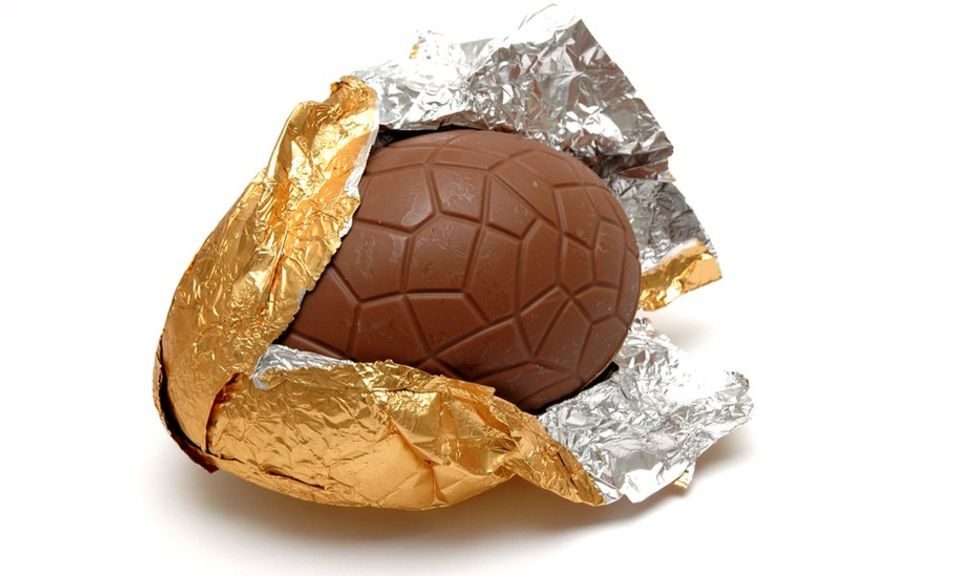 What makes this Easter egg so hard to export? – BBC News

Cracking open a large chocolate egg to find nothing in the middle is one of life’s perennial disappointments.

Yet for some chocolate firms the fact that most Easter eggs are hollow is more than just disappointing, it’s problematic.

“It sounds ridiculous, but there is a lot of air in Easter eggs relative to their value in weight,” says Helen Pattinson, co-founder of boutique British chocolate chain Montezuma’s.

Eggs’ spherical shape and the boxes required to keep them intact means that, compared to the amount of space they take up in a shipping container, it is impossible for Montezuma’s to charge the end customer enough to make a decent profit.

Foreign sales account for about a fifth of the company’s overall sales and for this financial year, ending in May, it expects exports to hit the 1m mark for the first time.

Despite the strong demand from abroad, the firm is yet to send its chocolate eggs overseas.

“The economics just haven’t added up so far,” says Mrs Pattinson, who co-founded the firm in 2000 with her husband Simon.

The company has six shops in the South East of England and sells directly to customers in the US and Europe via its website, and further afield via export arrangements. So far most of its overseas customers have come via a partnership deal with a large US retailer.

Despite the more established reputation of Swiss and Belgian chocolatiers, Mrs Pattinson says she is seeing a growing demand for British-made chocolate.

“The most contemporary artisan foodies are beginning to realise Britain is a fantastic producer of chocolate,” she says.

Last year, the UK exported a whopping 245m worth of chocolate, up by almost a quarter on 2015.

Exports of unfilled chocolates and chocolate products, which include Easter eggs, totalled just over 30m, up 3% on 2015. While the vast majority of these went to EU countries, the biggest growth was in exports to non-EU countries which increased by almost a fifth, according to the Department for International Trade.

It is a trend that hasn’t escaped the notice of Sean Ramsden, chief executive of Ramsden International.

The family firm specialises in exporting British food overseas and Mr Ramsden says Easter is its busiest period after Christmas.

The awkward shape of chocolate eggs isn’t a problem for the company because it supplies a much wider range of products, enabling it to mix Easter eggs with other food orders.

“Easter eggs are a popular UK product and they’re very exportable. They [Easter eggs] are not as advanced in other countries,” he says.

When the Grimsby-based firm first started exporting in 1970, business was largely driven by expats. Marmite, brown sauce and baked beans were the items most in demand in the company’s markets in Spain, Portugal, France, Canada, Australia and Hong Kong.

“The food becomes premium by virtue of being imported. There is an element of snob value in certain markets,” he says.

Particularly in Asia, he says, customers are keen to have “something a little bit different or a bit more exclusive” such as a foreign brand.

But he says many of its customers also have an international outlook, with second homes in the UK, for example, and a genuine affection for British food.

Sharan Gill, who lives in Hong Kong, says she always buys imported chocolate eggs for her children at Easter.

“It’s a tradition amongst my friends too, both Western and Asian. I spend between 100 to 150 Hong Kong dollars (10-15; $13-$19) on chocolates for the annual Easter egg hunt, which my kids thoroughly enjoy.

“Easter seems to be a growing trend, partly because clubs and restaurants promote it extensively.

“Plus Hong Kong has a large expat community, a large proportion of which consists of Westerners, for whom Easter is an established tradition. It is also celebrated by the predominantly Catholic Filipino community who form a large part of the domestic helper workforce,” she says.

The fervour surrounding the Christian festival has reached such fever pitch that the home and lifestyle gurus at Good Housekeeping magazine recently declared the occasion “a second Christmas”.

It is not just small firms benefiting from the growing sense of occasion. Marks and Spencer says it exports a number of its popular eggs to its 468 shops overseas, with them selling particularly well in Hong Kong, Western Europe and the Czech Republic.

“We’re seeing double-digit growth on sales of our Easter eggs internationally – with people buying into both our large ‘giftable’ eggs as well as impulse purchasing small bags of chocolate foiled eggs and bigger bags of eggs for Easter egg hunts – an event which is increasing in popularity,” says a spokeswoman.

People really like the licensed character eggs and Star Wars’ R2D2 is currently the best seller internationally, she adds.

“In Brazil, for example, the trade association ABICAB reported that 95 million chocolate Easter eggs were sold in 2016, a 19% increase over 2015. In that country, Easter eggs make up a major percentage of annual chocolate revenues,” says global food and drink analyst Marcia Mogelonsky.

It is a market that Montezuma’s Mrs Pattinson is obviously keen to exploit.

“It’s about putting our new product development heads on to find ones that don’t have so much air inside,” she laughs.