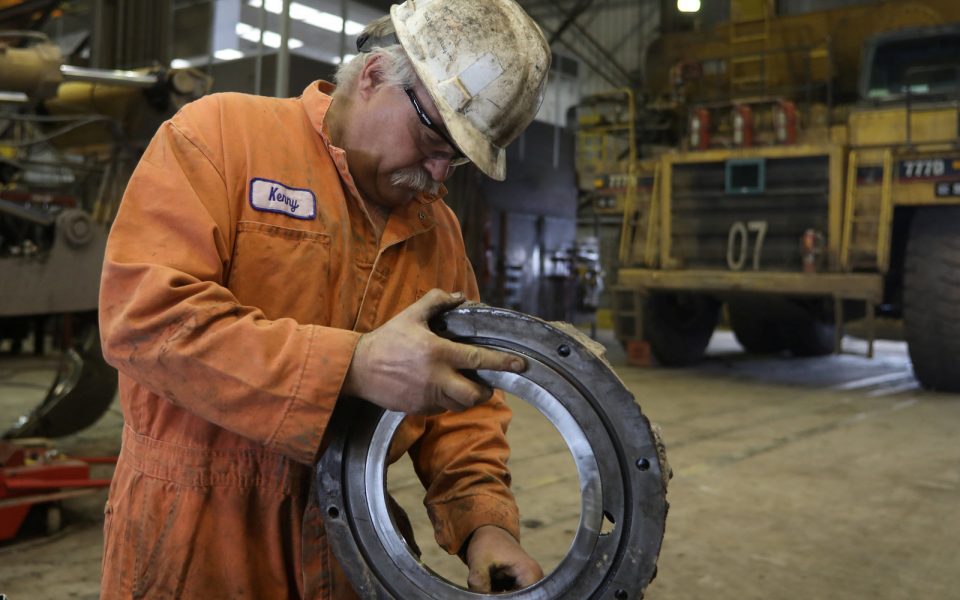 When the economy generated over 200,000 new jobs in January and again in February, Donald Trump suddenly decided that he respected the government statistical agencies. But when the economy produced only 98,000 jobs in March, the Administration was uncharacteristically quiet.

That same report revised the earlier numbers downward by about 38,000 jobs. Compared with a year earlier, job creation in February and March declined by 56.4%.

So, what sort of economy will the Trump presidency produce and how will it affect the elections of 2018 and 2020?

The stock market likes Trump. After a brief dip in stock prices following his election (financial markets famously hate uncertainty), stock traders decided they like Trump. With deregulation, tax cuts, infrastructure spending, weakening of trade unions, and Trump back-pedaling on a threatened trade war, whats not to like?

But gains in stock prices reflect expected higher profits, not a healthier real economy. Even if the market keeps doing well, that doesnt translate into better conditions for ordinary workers and consumers. At some point, higher profits come at the expense of wage gains.

In addition, there is likely to be a duel between a rising deficit driven by tax cuts and a newly prudent Federal Reserve. The deficit will produce economic stimulus, but the three interest rates hikes predicted for the next year will restrain it. Whats the net-net? Its anybodys guess.

Little is likely to change for the better in the economic outlook of the people who voted for Donald Trump.

In addition, the spike in stock prices suggests to some that the market is also close to bubble territory. Yales Nobel economist, Robert Shiller, who warned about the 2008 collapse, says the market is already way overvalued. And the coming gutting of the Dodd-Frank Act and of other regulatory protections against financial abuses will increase the risk of a new cycle of bubble and crash.

In terms of other strategies of job creation, there is no miracle cure consistent with the economic policies likely to be delivered by Trump and the Republican majority in Congress. The Goldman-Sachs wing of the administration has already won the power struggle with the economic nationalist wing on trade policy.

The infrastructure program is likely to be a fake, based on tax credits and privatizations rather than increased public investment. The continued assault on public workers will undercut one of the few oases of secure middle-class jobs.

Bottom line: Little is likely to change for the better in the economic outlook of the people who voted for Donald Trump. States that made the difference for Trump, like the industrial upper Midwest, are still in a long-term industrial slide. The stock market may or may not settle back down to earth between now and 2018. But there will be little in the way of bragging rights for Trump to claim for the workaday economy.

As a consequence, the Republicans are likely to follow the usual pattern of lost seats in Congress in the first mid-term election of a new presidents administration. And Trumps personal unpopularity, plus the remarkable mobilization of grassroots progressives are likely to add to the downdraft.

As Trump would say, its going to be great.

Robert Kuttner is co-editor of The American Prospect and professor at Brandeis Universitys Heller School. His latest book is Debtors Prison: The Politics of Austerity Versus Possibility. http://www.amazon.com/Debtors-Prison-Politics-Austerity-Possibility/dp/0307959805