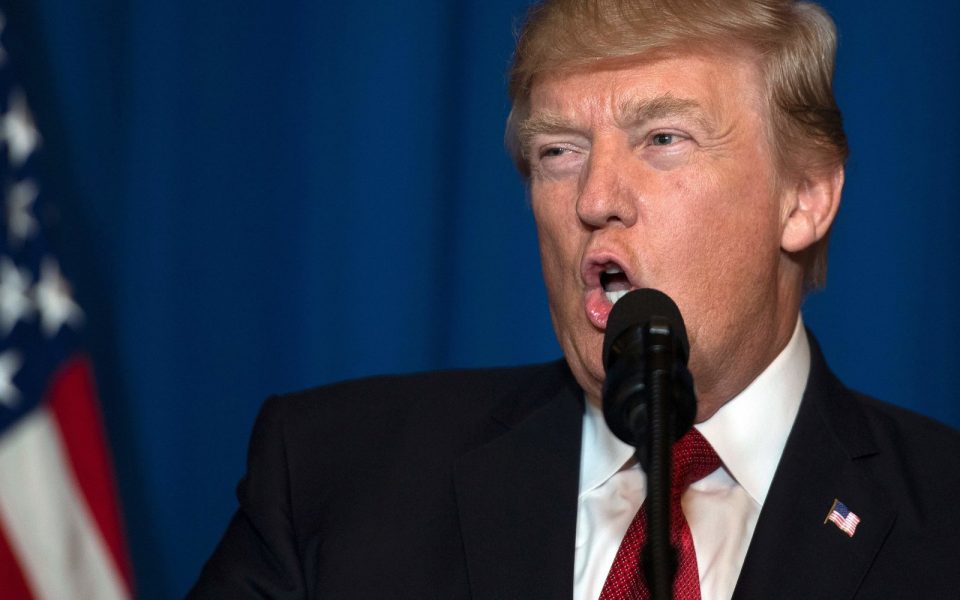 Why Trump’s Syria Strike Will Not End Well

U.S. President Donald Trump claims the objective of his cruise missile strike on Syria is to deter Syrian President Bashar Assad from using chemical weapons again. But six years into Syrias brutal civil war, Trump does not have the luxury of defining his objective that narrowly. Whether he likes it or not, he will be judged by his interventions impact on the trajectory of this war. And there, his action has no path to success.

By now, it is clear that the missile strike hasnot impededAssad from using his air force to strike rebel strongholds. In fact, Syrian warplanes reportedly carried out strikes yesterday against rebels near the city of Homs taking off from the very air base hit by U.S. missiles. Trump even gave Assad advanced notice via Russian President Vladimir Putin, which enabled the Syrian dictator to move his troops and bunker his planes. Moreover, Trump left one of the airstrips at the targeted base untouched, which is why Assad could quickly use the base to launch further attacks.

Very soon, Trump will face the first reactions to his strike. Both Assad and Putin are likely to intensify their assault on the rebel strongholds and the civilians living in those areas. The end result will be a more intensified civil war with more civilian casualties and even greater difficulty for diplomatic efforts to bear fruit. This will create two opposite pressures pressure to de-escalate as a result of confusion over what the U.S. is trying to achieve and pressure to escalate in order to save face and achieve a defensible result before any de-escalation takes place.

The end result will be a more intensified civil war with more casualties and greater difficulty for diplomatic efforts.

The de-escalation option will reveal the significant limitations to Trumps new-won sympathy for the plight of the Syrian people, as well as to his commitment to prolonged military operations. If he chooses escalation, on the other hand, he risks a wider regional war, including potential confrontation with Russia. The dynamics of this particularly complicated conflict will make Trump lose control of the course of events. Furthermore,the type of military operation that could potentially steer developments in Syria is so sizable that both Congress and the American public would vehemently oppose it, as they did in 2013.

But what if Trump had the political maneuverability to get away with the narrow objective of simply deterring Assad from gassing his own people? Couldnt the cruise missile strike be successful?

Even in that hypothetical scenario, the odds are against Trump because it wont entirely remove the use of chemical weapons from the Syrian theater. After all, the so-called Islamic State has reportedly used chemical weapons in Syria and Iraq more than 52 times. Nor will it stop Assad from killing thousands of his own people using conventional weapons. The pictures may be less alarming, but the carnage will continue, making Trumps action difficult to defend.

Helping ensure that civilians arent trapped in Syria should be the first and most obvious thing the U.S. can do to help.

At that point, the very same people cheering Trumps intervention will turn against him, feeling betrayed and let down. In their view, Trump will have left the job unfinished. The impulse that something must be done to put an end to the humanitarian disaster in Syria is correct. But when that something can only mean military measures, the U.S. makes itself part of the problem rather than the solution.

It is profoundly hypocritical of Trump to launch missile strikes to protect Syrian children when he himself has prevented those same children from finding refuge in America. During his election campaign, Trump callously statedthat he could look in [Syrian refugee childrens] faces and say You cant come. Ill look them in the face.

Helping ensure that children and civilians arent trapped in Syria should be the first and most obvious thing the U.S. can do to help. Second, a far more robust dedication toward finding a diplomatic solution is needed, although such a solution is now more difficult to achieve. Former U.S. Secretary of State John Kerry should be commended for his efforts to broker a Syrian deal. I describe in my forthcoming book on the Iran deal negotiations that Kerry, together with former President Barack Obama, provided a key ingredient for the success of those talks: a near unprecedented degree of political will and commitment toward making the negotiations succeed.

Trump launching strikes before trying diplomacy gives little hope that he has the political will to truly resolve the conflict.

Diplomacy over Irans nuclear program had been taking place on and off for more than a decade. But those negotiations were profoundly flawed. And even when they became more appropriately structured and realistic, they often faltered due to insufficient political will from one or both sides. The readiness to expend the necessary political capital and pay the domestic political price to achieve a deal was simply missing. Diplomacy had to succeed on the cheap.

But complex international disputes such as the stand-off over the Iranian nuclear program or the Syrian civil war cannot be resolved on the cheap. Trump launching strikes before trying diplomacy gives little hope that he has the political will to truly resolve the conflict.